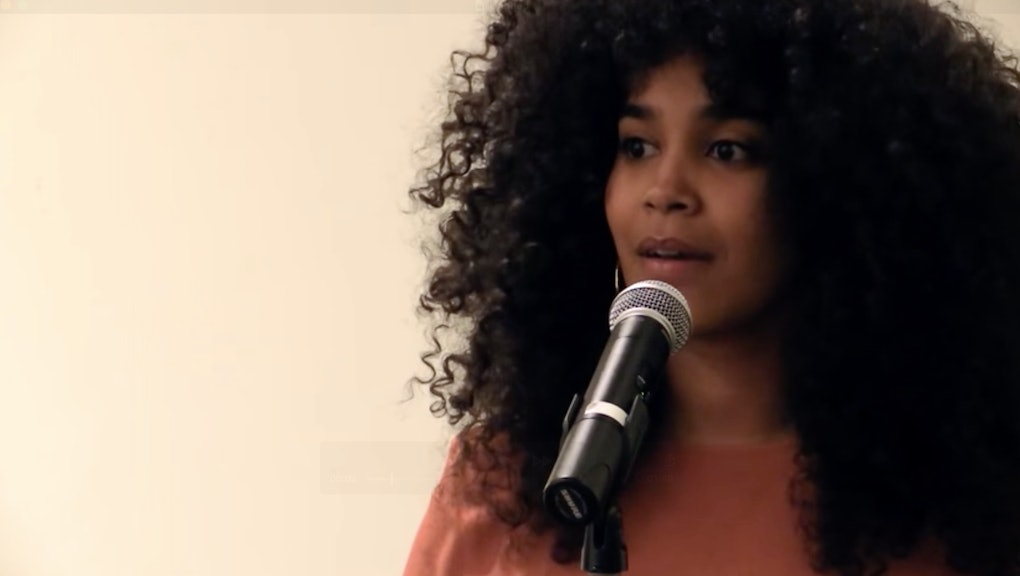 "An open letter to the protesters outside the Planned Parenthood near my job," Acevedo begins in a performance uploaded to YouTube on Thursday. "Who stuck a cross in my face and told me 'abortions are the largest genocide of black people, God won't forgive you for having one.'"

She goes on, responding to that specific protestor but, at the same time, speaking to everyone who aims to take agency away from women of color in the name of protecting black people.

Acevedo directly calls out those who claim to care about black lives but didn't mourn "Aiyana and Tamir and Jordan."

"Do you know how many years I've walked by your markers, your mantras, your megaphones," Acevedo continues. "And I've had to clench half a millennium of horror between my teeth."

Acevedo's poem articulates the painful truth that having the power to make choices about their own bodies is a hard-earned right for women of color. As Acevedo concludes, still addressing the faceless Planned Parenthood protester. "Do you know how many years bodies like mine have been a choice for someone like you to make ... Yet we're still here, carrying ourselves."