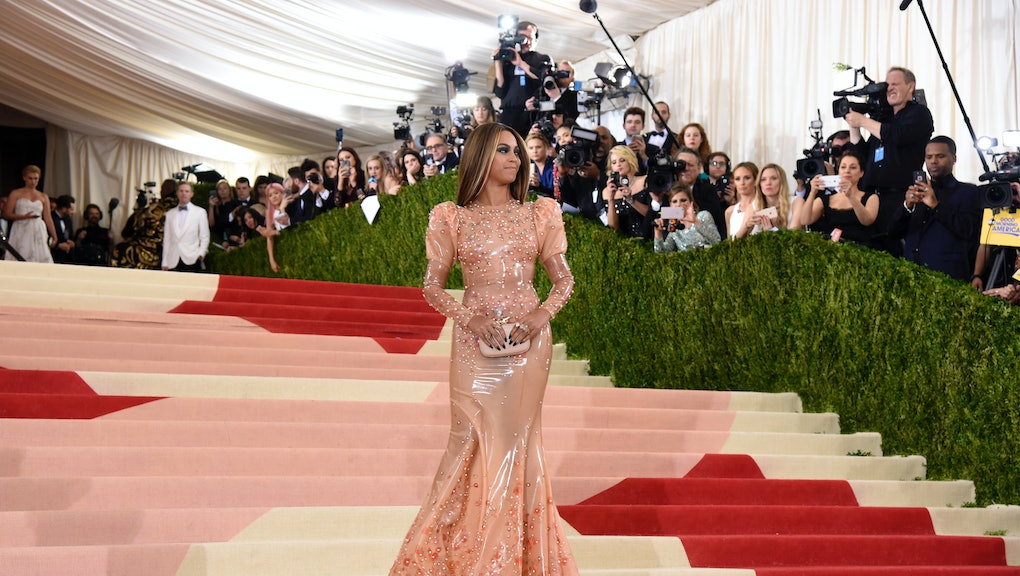 With basically every single person wearing silver, we were waiting rather impatiently on Monday night for someone to break the mold on the Met Gala red carpet.

And of course Beyoncé was the one to do it.

In years past, she has shown up very late and nearly naked, as well as ready to mediate a fight between her sister and her husband. But that's beside the point. What we care about right now is that Beyoncé basically showed up in an embellished condom.

Or, at least the internet seemed to think so, and they were ready to make many a pun about it.

The dress, which was Givenchy, appeared to be made entirely out of latex, so this reaction kinda made sense. What didn't make sense is that the internet also thought the dress looked like acne-prone skin.

But regardless of what people may have thought it looked like, let's be clear about one thing: Only Beyoncé could pull this off, and we're kinda glad she did.