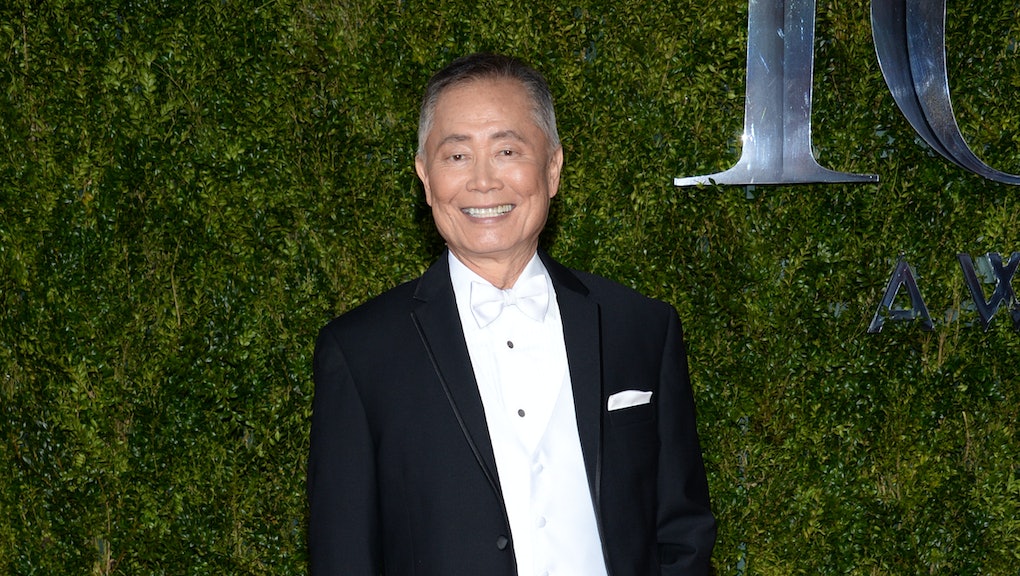 Marvel has been on the defensive ever since the first trailer for Doctor Strange was released in April, which shows Tilda Swinton's portrayal of the Ancient One — whose comic book iteration was an Asian male. The controversy surrounding the casting has caught the eye of internet maven and Star Trek alumn George Takei, who shared his thoughts on the "cringeworthy" casting, as well as Marvel's defense for the choice.

"So let me get this straight," Takei wrote in a Facebook post Saturday. "You cast a white actress so you wouldn't hurt sales... in Asia? This backpedaling is nearly as cringeworthy as the casting. Marvel must think we're all idiots."

The reference to worrying the Asian market seems to be a direct response to one of the writers of the film, C. Robert Cargill, who said the choice to cast Swinton as opposed to an Asian actor was to appease the Chinese movie market. Essentially, because the Ancient One is originally Tibetan in the comics, he said it would cause controversy and a potential boycott in China should they cast a Tibetan character. Conversely, casting a Chinese actor to play the part would also cause a stir; a choice Cargill described as a "cultural landmine."

Takei also responded to Cargill's reasoning, commenting on Takei's own post to explain further how Marvel had already avoided the problem altogether.

"Marvel already addressed the Tibetan question by setting the action and the Ancient One in Kathmandu, Nepal, in the film," he wrote. He continued:

It wouldn't have mattered to the Chinese government by that point whether the character was white or Asian, as it was already in another country. So this is a red herring, and it's insulting that they expect us to buy their explanation. They cast Tilda because they believe white audiences want to see white faces. Audiences, too, should be aware of how dumb and out of touch the studios think we are.

Of course, Doctor Strange isn't the only film mired in a Hollywood whitewashing controversy (see Scarlett Johansson in the upcoming Ghost in the Shell). But Takei's response — and his Facebook reach of over 9.7 million followers — means more people will at least be aware of the backlash.

You can check out Takei's post, as well as some of his responses to other Facebook users, below.