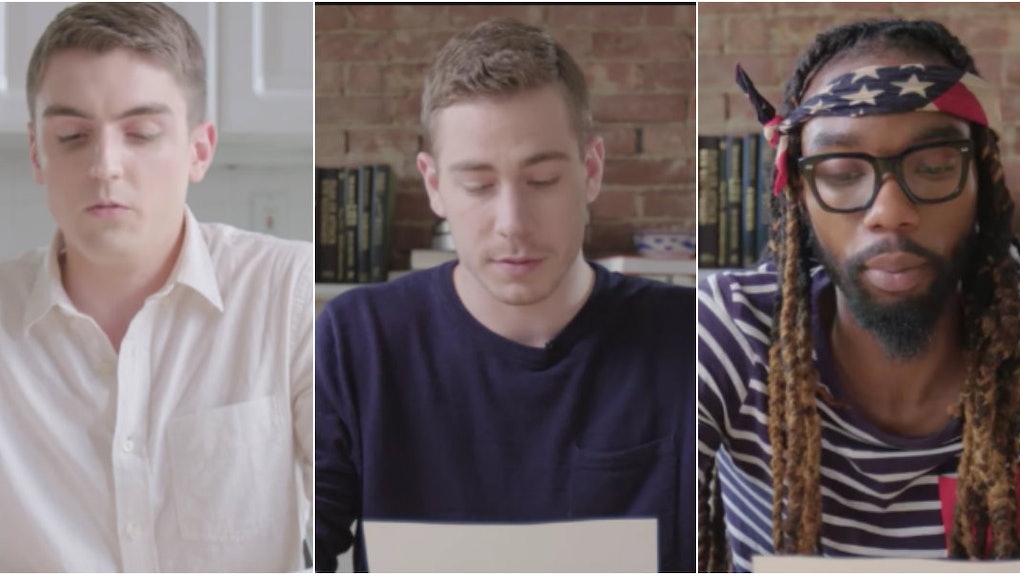 Sexual assault is an issue that affects everyone regardless of gender, yet the majority of the discussion centers on women's experiences. Last week, Teen Vogue tried to change the conversation with a new campaign, It's Not Your Fault, which encourages young men to step forward as allies and join the fight against sexual assault.

In a series of videos, eight men read personal stories by rape survivors. While the stories are all different, they're all incredibly harrowing.

Much like the United Nations' #HeForShe campaign, which also promotes male solidarity with feminist causes, and the grassroots #AllMenCan social media hashtag, which features men speaking out against toxic masculinity, these stories prove how impactful it is when men amplify survivors' voices.

The shock and horror these men feel after reading the stories out loud demonstrates how unusual it is for them to hear personal accounts of sexual violence — and how powerful it can be for them to hear from survivors firsthand.

You can watch the videos in full below.