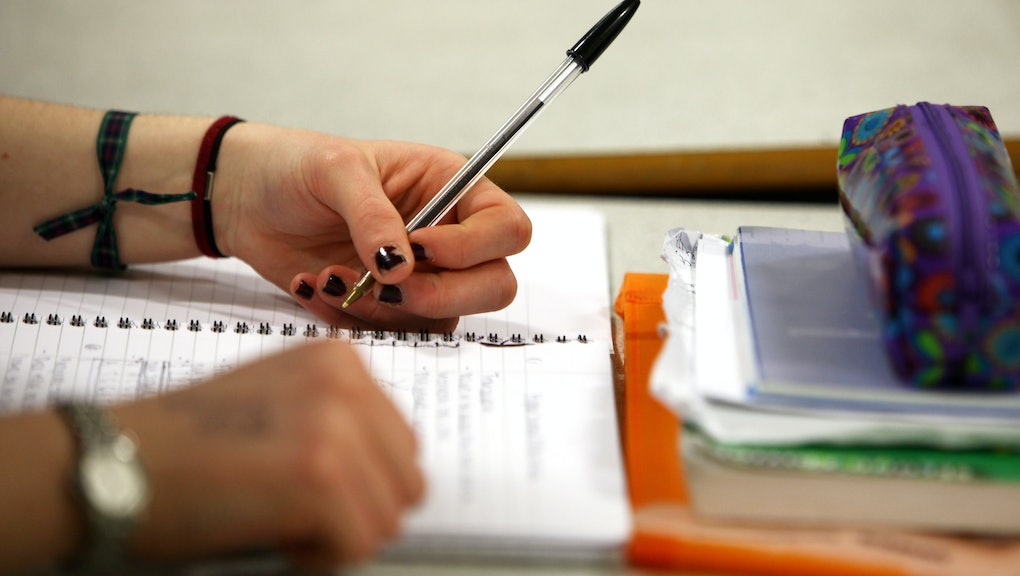 The key to a higher grade in high school chemistry may not be more studying or frequent pop quizzes, but rather teaching kids about the personal struggles of esteemed scientists, a recent study found.

The study split 402 students into three groups with different study materials on scientists like Einstein and Marie Curie: The first group learned about the scientists' achievements, the second their personal struggles (like Einstein fleeing Nazi Germany) and the third their intellectual struggles (like Curie's perseverance during a series of failures). Over a six-week period, the two latter groups improved their science grade while the first group had lower scores.

Read more: This Is What Women In STEM Look Like Around the World

"When kids just think Einstein is a genius, then they believe they can never measure up to him," researcher Xiaodong Lin-Siegler said, according to Science Daily. "Many kids don't know that all successes require a long journey with many failures along the way."

Prior studies back Lin-Siegler's findings that students can improve on subjects that don't come naturally when they're given guidance that emphasizes the importance of failure and struggle over immediate success.