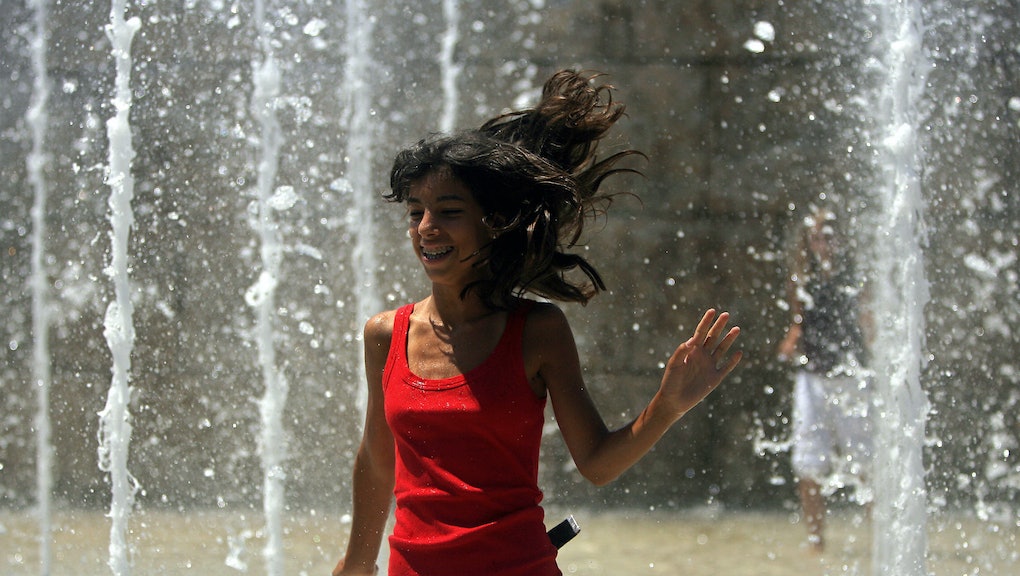 Is This Milk-Dwelling Vitamin Secretly the Fountain of Youth?

For those feeling stifled by the suggestion that their red meat-laden feasts might speed their biological clocks, an international team of scientists has liberating news: The vitamin nicotinamide riboside could help delay cellular aging. As Relaxnews reported, a study published in Science indicated NR might help revitalize elderly mitochondria, a possible source of prolongated youth.

"Whenever I see my 10-year-old daughter brimming over with so much energy that she jumps up in the middle of supper to run around the table, I think to myself, 'Those young mitochondria,'" science writer David Stipp wrote for Scientific American. "Mitochondria are our cells' energy dynamos."

And they're key to both metabolism and stem cell operation, which in turn helps regenerate the cells that make up our organs, Relaxnews reported. To see how NR — "a precursor to NAD," a chemical Stipp identified as "a linchpin of energy metabolism" that dips as we age — might help stem cell function, researchers from Switzerland, Canada and Brazil gave the compound to older mice. Those mice were "much better" at regenerating muscles and also enjoyed longer lives than those that didn't receive NR, according to Relaxnews.

As Stipp cautioned, what works for mice might not work for humans, but NR does appear to elevate our NAD levels, helping our mitochondria to revitalize. According to Relaxnews, NR can be purchased in supplement form, but because supplements may or may not be bullshit, those interested in keeping their youthful feelings might consider natural sources. This could mean suffering the indignity of milk-drinking, and could also be taken as another reason to up one's beer intake, Relaxnews reported.