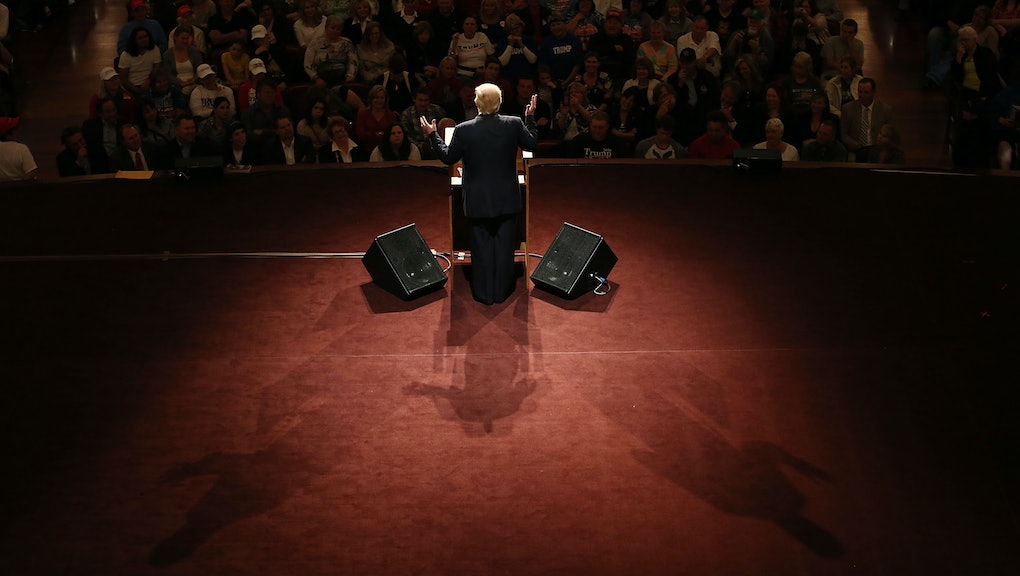 We Asked a Psychologist Whether Donald Trump Is a Pathological Liar

Ted Cruz unleashed a stream of invective at Republican presidential primary foe Donald Trump on Tuesday, as voters headed to the polls in the crucial Indiana primary. Among the now-departed candidate's pronouncements: Trump is a "pathological liar."

Could that be true?

Trump "has trouble with the truth and he has said things that he's quite frankly wrong about and that appear to be flat-out lies and fabrications," said Bart Rossi, who holds a doctorate from Fordham University.

That doesn't mean he's pathological, though: "I see him as a master manipulator. He's deliberate in his fabrication," said Rossi, whose career has included psychological evaluations of prison inmates and police officers.

"'Pathological' means that someone is going to go from one lie to the next to the next," possibly without control, Rossi said.

In Trump's case, it could very well be the opposite, according to Rossi. Trump doesn't appear to be delusional: "He knows what he's saying is wrong."

In the world according to Cruz — ironically, the man Trump nicknamed "Lyin' Ted" while accusing him of underhanded campaign tactics — Trump would ostensibly fit the profile of a pathological liar. For example, Cruz claimed Friday that practically everything Trump says is bull, which would match the description at hand.

The big difference is that by definition, pathological liars spread falsehoods even when there's nothing to be gained, whether it be cheating someone out of money or trying to avoid hurting someone's feelings.

When Trump claimed Muslims celebrated in New Jersey after 9/11, he set off a hunt for evidence that didn't materialize. Didn't matter to Trump, though: "That's just a complete fabrication and he seems to be able to say anything and get away with it," Rossi said.

The blustering billionaire frontrunner does display traits of an authoritarian personality, which Rossi said is based on observation, not a medical examination.

"What happens is a lot of these so called authoritarian figures, they really stretch things; they spin and they make things up that are really not true," Rossi said. "In Trump's case to present himself as this authoritarian figure, he will basically say almost anything to get more attention [for] himself."

On top of that, Trump's penchant for exaggeration may feed on itself because he derives what Rossi called "secondary gains" as a result: "He gets encouraged because he can say things that are outrageous and get away with it and he goes down that road again."

In short, Trump — a former reality show star — knows what his audience wants to hear and how to convey it.

"With Trump, it's not the accuracy of what he says that's most important to his followers," Rossi said. "They don't even care if he's going to build [a] wall" on the U.S.-Mexico border, as he's promised to do (on Mexico's tab).

By saying he'll build the wall, Trump is positioning himself as a strong leader who cares about bolstering national security or protecting American jobs supposedly being pilfered by immigrants — and anyway, as Rossi put it, "His followers want him to be a smackdown and a putdown artist."

Trump's talk, whether claiming President Barack Obama was not born in the United States or by some other unproven remark, has been "lethal" to his opponents, and Cruz is potentially next on the chopping block as he stares down what could be his seventh straight loss in Tuesday's Indiana GOP primary.

If he becomes the nominee and Hillary Clinton defeats Bernie Sanders for the Democratic nomination, Rossi has a bit of advice for the woman Trump calls "Crooked Hillary."