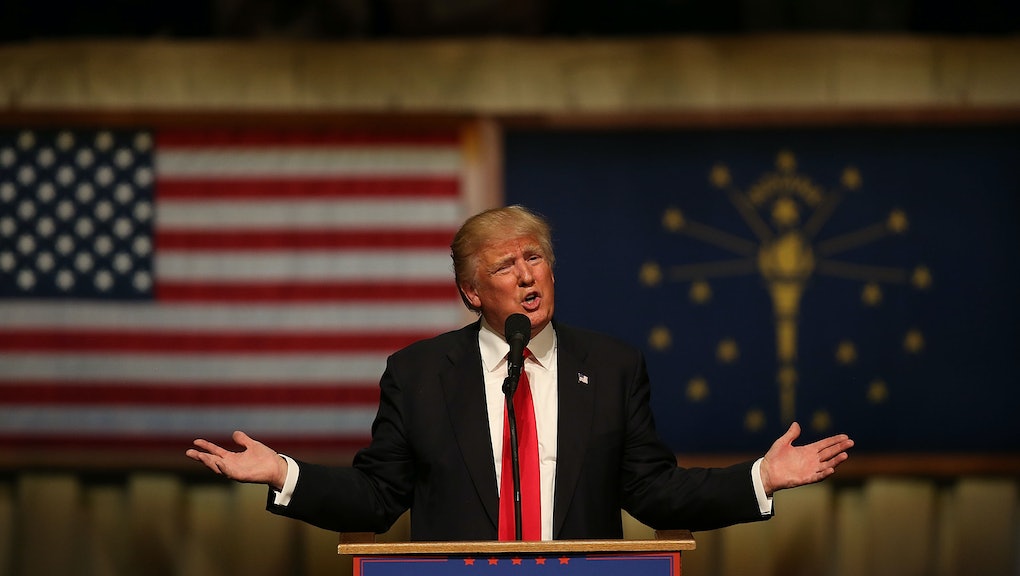 1 Chart Shows Why Democrats Should Be Very Nervous About November

When Ted Cruz ended his bid for the White House Tuesday night, making Donald Trump the presumptive Republican presidential nominee, plenty of Democrats rejoiced at what they perceived as their good fortune. Trump is eminently unelectable, one line of conventional wisdom goes — just consider how he has higher unfavorability ratings than any presidential candidate in decades.

There's in fact only one candidate who comes close to Trump in terms of unfavorable ratings at this point in the race in the past several election cycles: Hillary Clinton.

Trump certainly does have a singular status among presidential candidates, outstripping Clinton by a bit more than 10 percentage points in polls asking people whether they view a candidate very unfavorably. But Clinton is next in line, and her high unfavorability ratings look even more jarring when you factor in that the closest dots to her on the chart belong to incumbent candidates who governed at times of extremely high levels of polarization. Compared to other non-incumbent candidates, Clinton occupies a stratum of her own.

As Nyhan observes, this level of unfavorability across the board is unprecedented. Should Clinton become the Democratic presidential nominee, she will have many advantages over Trump when it comes to knowledge, experience and temperament. But given her unpopularity among large swaths of the public, she shouldn't get too comfortable just yet.