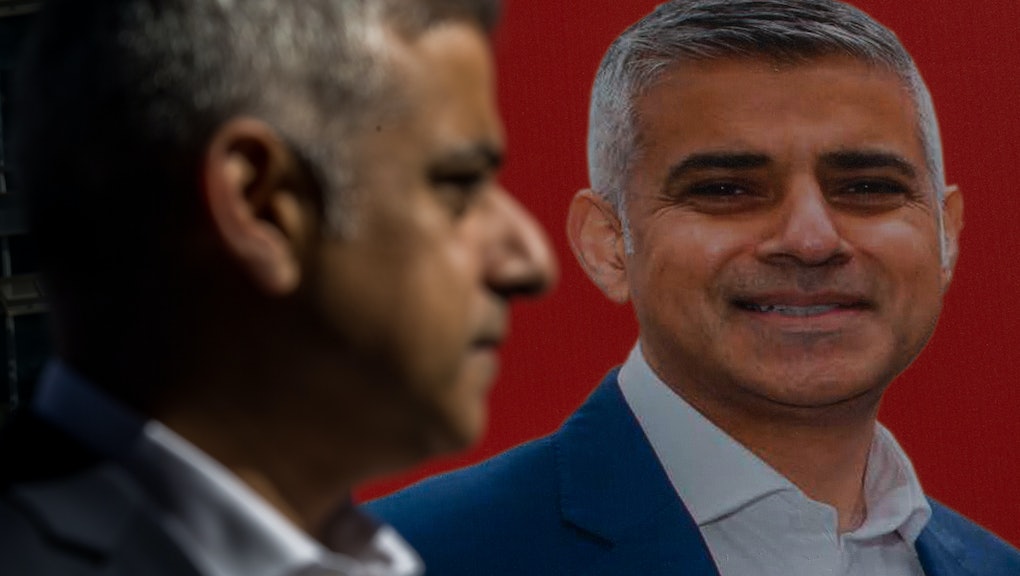 Labour Party candidate Sadiq Khan looks set to be elected London's first Muslim mayor in Thursday's elections — it would also make him the first Muslim mayor of a capital city in the European Union. However, the candidate is coming under heat for — ironically — his disparaging comments about moderate Muslims, calling some of them "Uncle Toms."

Footage from 2009 surfaced of Khan interviewing for Iran state television channel Press TV, during which he made the remarks.

Khan described some Muslims who agree with him as "Uncle Toms," a derogatory slur originally referring to black men who kowtow to whites in order to ingratiate themselves:

This revelation comes at a time when Khan's party is embroiled in accusations of racism and, specifically, anti-Semitism.

Britain's Chief Rabbi Ephraim Mirvis wrote in a Telegraph op-ed published Tuesday that certain Labour Party members have a "severe" problem with anti-Semitism, which has become an "insidious virus."

Mirvis' piece was in part a response to former-London Labour mayor Ken Livingstone who, during an interview with BBC Radio London on Thursday, linked Zionists to Hitler.

Livingstone has since been suspended and is under investigation for his inflammatory comments.

"Let's remember, when Hitler won his election in 1932, his policy then was that Jews should be moved to Israel," Livingstone said during the radio interview, according to the Independent. "He was supporting Zionism — this before he went mad and ended up killing 6 million Jews."

Now the Conservative Party is trying to link Khan and Livingstone as racists in the run-up to the election.

Despite Khan's condemning Livingstone and calling for his suspension, the Conservative Party, known locally as the "Tories," has attempted to link the two men. Current Tory London Mayor Boris Johnson said both Khan and Livingstone were on the same "ideological continuum," the Independent reported. (Yet another political irony, given Johnson was himself recently accused of racism for writing President Barack Obama has an "ancestral dislike" for Britain because he's Kenyan.)

Khan used Twitter on Wednesday to address such smear campaigns head-on, arguing he is instead the candidate for "unity" and he would be "a Mayor for all Londoners."

The Labour Party has found itself in the unusual position of being a progressive party accused of attacking both Jews and Muslims. Thursday's election will reveal whether or not the electorate regards these comments as mere blunders by a handful of party members or indicative of pervasive intolerance: If it's the latter, Labour may well suffer the consequences.

Read more: Mayor of London Gets Racist: "Part-Kenyan" Obama May Have "Ancestral Dislike" of Britain