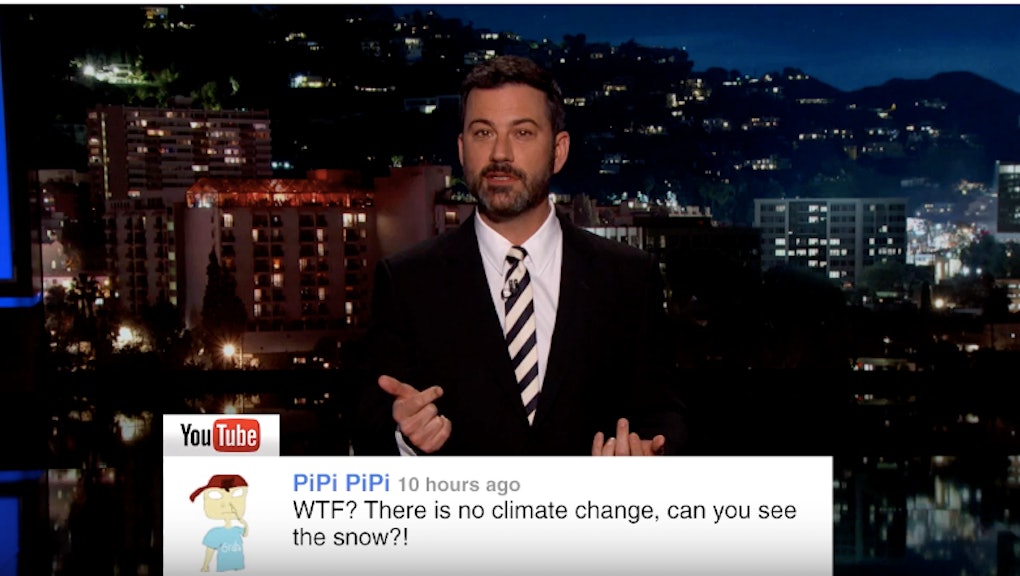 That's all well and good for them, but there was an unfortunate consistency in their responses: a failure to grasp basic grammar. And Kimmel swears it wasn't the case of picking and choosing.

From the get-go, the commenters clearly missed their mark, with the first calling him "Mr Kimble," among other erroneous grammatical constructions.

Meanwhile, the second one actually resembled that out of a Palin response; as in, a sentence that seemed to drone on forever.

All the comments the host shared follow a similar befuddled tune and lead him to an unfortunate conclusion: Perhaps, with such ignorance, we deserve what's coming.

"I have to say after reading all of this, I'm now kind of OK with global warming wiping out the human race," he concludes. "Turns out we deserve it."