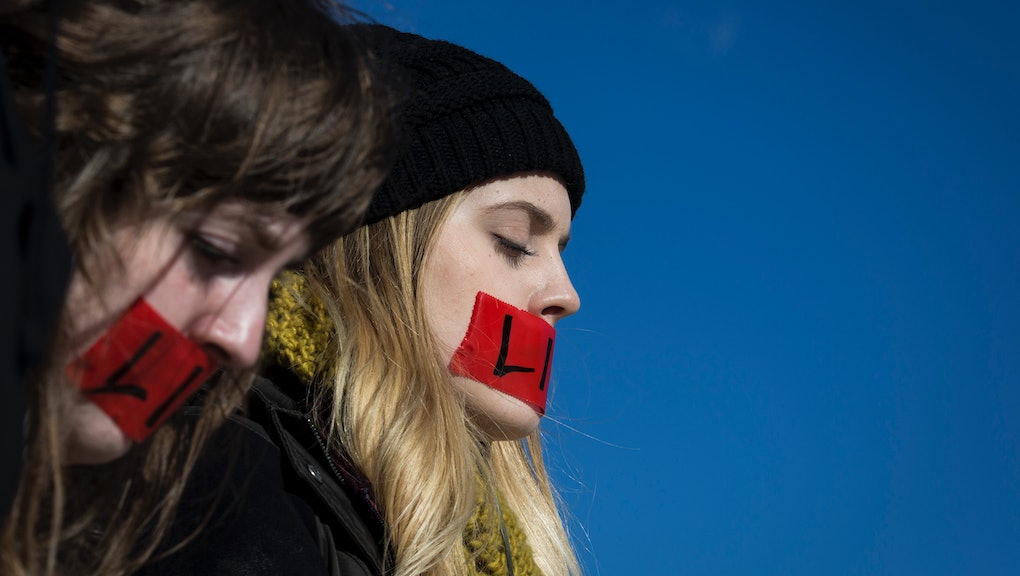 Pregnancy Is the "Silver Lining" of Rape, According to Missouri Republican Tila Hubrecht

To be clear: Rape is a crime, one classified as some grade of felony in Missouri. But according to Republican state Rep. Tila Hubrecht, who's backing legislation that would ban abortion in the Show Me State on the grounds that the fetus possesses personhood, women who've been raped can hope for one good thing to come out of the assault: the obligation to birth the child of the man who violated them.

"Sometimes bad things happen, and they're horrible things," she said. "But sometimes God can give us a silver lining through the birth of a child."

"Do you believe that it's just or compassionate to force a woman who's been raped to have the child of the man who raped her?" Democratic Rep. Lauren Arthur questioned her colleagues who support the measure, according to the Associated Press.

"We're killing kids so fast it is insane," Rep. Rick Brattin said in his defense of the proposal. "The epidemic of abortion is so out of control. It is time we do something to put a stop to it." Elsewhere, states have reduced abortion rates by opening up access to affordable reproductive healthcare, including contraception and legal abortion. That's why abortion rates are down nationwide.

Missouri is, of course, the same state that gave us former Republican U.S. Rep. Todd Akin, who in 2012 commented that rape doesn't leave women pregnant, because "if it's a legitimate rape, the female body has ways to try to shut that down." The logic surrounding violent sexual assault is convoluted and contradictory in this state, suggesting that once again, legislation touted as protecting women and children isn't about their well-being at all.