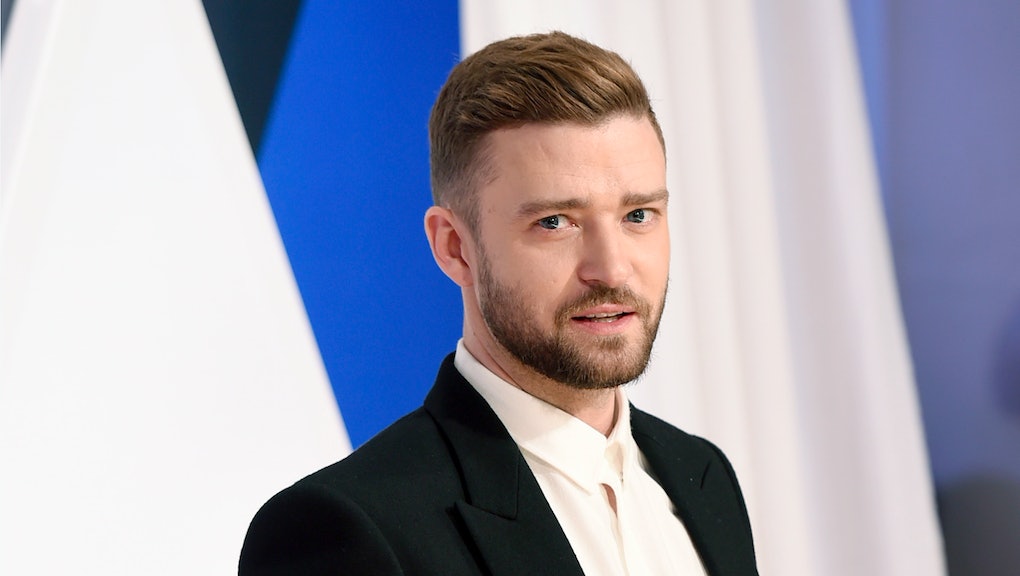 Justin Timberlake Is Releasing a New Song, "Can't Stop the Feeling," on Friday

The man who brought sexy back again is back, again. Singer Justin Timberlake will reportedly release a new song on Friday, Entertainment Weekly reported, his first original new song in more than two years. On Wednesday, Timberlake responded to fans to say that the title of the new track is "Can't Stop The Feeling."

Recently, though, Timberlake has teased that he's back in the studio working on new music. In March he shared a photo on Instagram hinting that he's collaborating with country band Little Big Town, Billboard reported, with the caption "NBD... Just writing with @littlebigtown This band is the truth!! So good!!!!!"