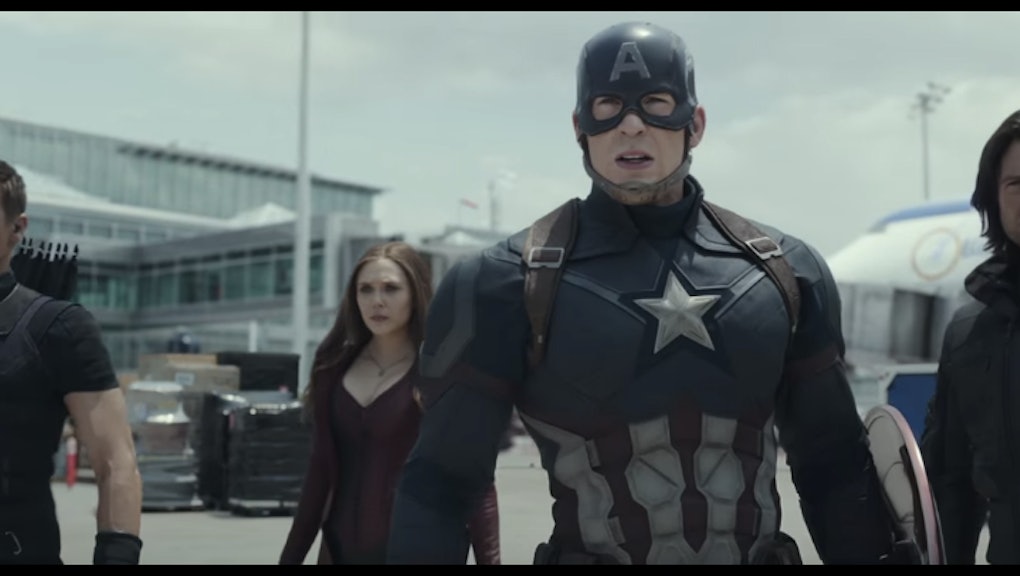 Want to Be Captain America? This Is How Much It Would Cost IRL

Steve Rogers, aka Captain America, is one of Marvel's most iconic superheroes, and quite the literal symbol for American values. To boot, his superpowers — while still vaguely defined — are an entertaining notion for any fan, but how much would being a real-life Captain America even cost?

In anticipation of the U.S. premiere of Captain America: Civil War on Friday, the folks at Twizzle put together an infographic detailing how much it would cost to create Captain America. As it turns out, the Captain himself isn't all that expensive — even when you factor in the lab-concocted serum that gave Rogers his superpowers — but his shield would be a whopping $54.4 million on its own.

Why? Well, per Marvel, the shield is entirely comprised of a rare fictitious metal called Vibranium, which in the comics costs $10,000 per gram. Given that the shield is said to weigh 12 pounds, it's the overwhelming majority of the Captain's total cost of $55.1 million. And you thought being Darth Vader would be expensive.

To see how the rest of being Rogers compares, you can check out the detailed Captain America costs below.