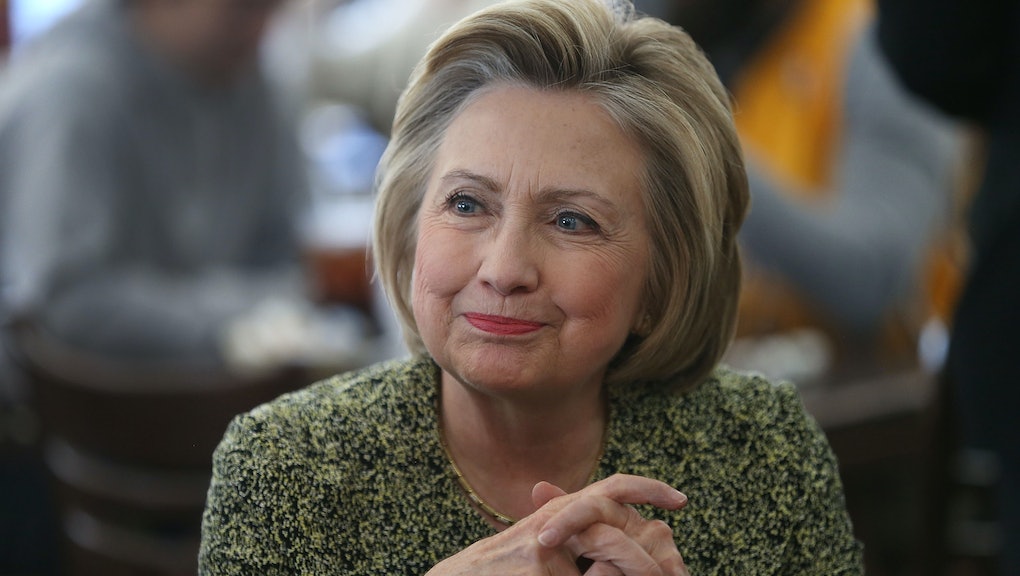 When Pearl Love shared cellphone footage of a woman attacking her in a New York City subway car, she could not have predicted that the video would reach 230,000 viewers. Since Monday, hundreds of commenters have shown Pearl an outpouring of love and support.

But nothing compares to the response she got Thursday evening: a personal message from Hillary Clinton.

Pearl, who is transgender, was verbally and physically assaulted in late April on the No. 4 train. Video of the encounter captures the assailant shouting insults at Pearl, berating her for her gender presentation. At the end of the recording, the woman rises and strikes Pearl.

"Pearl, I'm so sorry you experienced this," Clinton said in a Facebook post. "This all-too-high prevalence of violence and hatred faced by the transgender community — today, in 2016! — is a rebuke to all of us. Every single person deserves to be safe and live free from discrimination and cruelty, period. And transgender people need to hear from everyone one of us that you are loved, respected and deserving of equality under the law. Know that you have my support, and I'm on your side."

The video Pearl took documents a woman yelling "suck my dick" several times before telling her she is uncomfortable with her presence.

"Hillary believes no one should be held back from fully participating in our society because of their gender identity," Clinton's campaign website reads. The site also contains a rough outline of her platform for transgender rights. Clinton's initiatives include making it easier to change a person's gender on official government documents, collecting data on anti-transgender violence and investing in training police officers on how to respond to anti-trans violence.

When Mic spoke with Pearl about her experience with on the train, she said she experienced this kind of harassment so commonly, at first she didn't think of it as remarkable.

Now that the likely Democratic presidential nominee and possible next U.S. president has heard of Pearl's attack, one can hope she will pursue an agenda that addresses violence against transgender women.