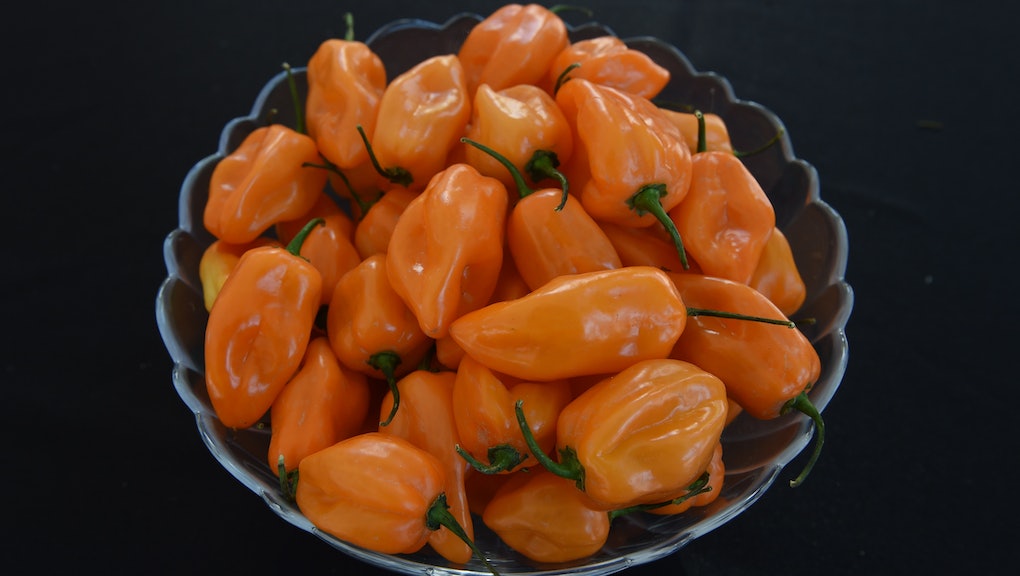 The Surprising Health Benefits of Spicy Food Include a Longer Lifespan

There's a very good reason to eat food that sets your mouth on fire — besides the fact that everything tastes better slathered in Sriracha.

Spicy food has a number of health benefits, research has shown. It can speed up metabolism, lower blood pressure and even help you live longer.

What makes spicy food feel so hot? Ever felt the burn from biting into a jalapeño or habanero pepper? Chili peppers taste spicy because they contain an active ingredient called capsaicin.

Capsaicin works in funny ways. When we eat it, the molecule binds to a type of vanilloid receptor in our mouth, Wired reported. Those receptors aren't meant to detect spiciness; their actual purpose is to detect heat, and prevent us from eating hot food that could burn us. When capsaicin comes along and binds to those receptors, it fools our brain into perceiving the food as "hot."

"The sensation we experience is indelibly linked to the perception of temperature, to the feeling of eating something near the boiling point of water," according to Wired. "But that pain is just an illusory side-effect of our confused neural receptors. There is nothing 'hot' about spicy food."

The heat may be an illusion, but we can still measure it. Peppers' hotness is measured using the Scoville scale, developed by pharmacist Wilbur L. Scoville in 1912, according to FiveThirtyEight. The Scoville heat unit rating of a run-of-the-mill jalapeño is around 3,500; the SHU of the world's hottest pepper, the Carolina Reaper, is around 1,569,300.

But on to the health benefits!

Spicy food may help with weight management, according to a 2011 Purdue University study. During the six-week study, researchers had two groups of people — some who liked spicy food and some who didn't — consume dried, ground cayenne pepper.

"We found that consuming red pepper can help manage appetite and burn more calories after a meal, especially for individuals who do not consume the spice regularly," researcher Richard Mattes said in a statement.

It may lower blood pressure, according to the Independent. In a 2010 study, researchers fed capsaicin to rats with hypertension. The results were promising, at least as far as rodents were concerned.

"We found that long-term dietary consumption of capsaicin, one of the most abundant components in chilli peppers, could reduce blood pressure in genetically hypertensive rats," researcher Zhiming Zhu of China's Third Military Medical University said, according to the Independent.

Yes, spicy food may even help you live longer, according to a 2015 study published in the BMJ. Researchers used questionnaires to establish the spicy food-eating habits of around 500,000 adults in China, CNN reported. Then, they analyzed the mortality data of around 20,000 of those people who died over the next seven years.

So grab those ghost chilis — even if they make you react like this: