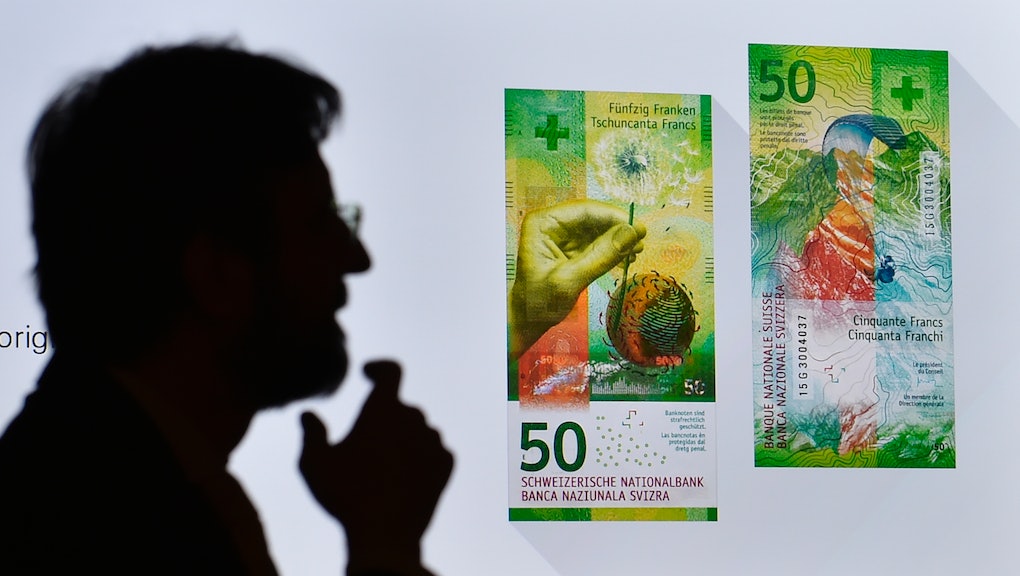 The machines are coming for all of our jobs eventually, and in the face of that impending unemployment apocalypse, basic income is oft trotted out as the tonic that will cure us of extreme poverty and wealth inequality.

But because there's little evidence-based research on what would actually happen to a society if you just gave everyone a salary with no strings attached, basic income remains a pipe dream for techno-futurists.

All that could change on June 5 when Switzerland will vote on whether it will enact a nationwide basic income. The Swiss have spent the past two years waiting on the referendum, which would guarantee a minimum of $2,600 per month post-tax to every Swiss adult.

Basic income pilots are popping up across the globe. In Germany and Kenya, private organizations are raising money to launch their own basic income initiatives and study its effects on work and lifestyle. In Silicon Valley, luminaries are hiring research fellows to develop similar programs.

But Switzerland could be the first country to enact a national basic income, showing the world what happens when you provide a social safety net for every adult.

There's just one problem: The Swiss don't want it. Some polls say that the ballot measure would be defeated by a small margin, with 40% of respondents voting some form of "yes."

Other polls show the ballot measure only has 24% support. That's just the electorate — politicians in Switzerland have described the ballot measure using language like "cocked hand grenade that threatens to tear the whole system to pieces" and "the most dangerous and harmful initiative that has ever been submitted."

One liberal party politician called it a "bomb in the heart of our society and our economy."

It looks like we're going to be waiting until at least 2017 to see the basic-income-enabled nation.