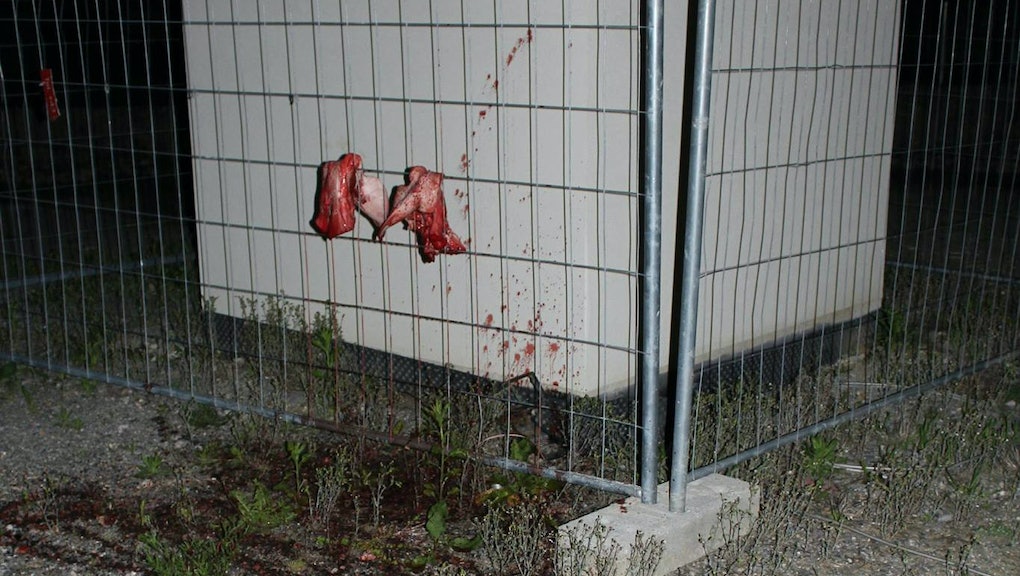 According to the post, the intruder left the pigs' heads around the mosque's minaret, which is a tower from which a prayer leader called a muezzin calls Muslims to prayer.

As the Quran forbids Muslims from handling pork, the pig heads' presence deterred Muslims from praying. People nearby alerted police to the intruder, who was then arrested.

This attack resembles other incidents worldwide at mosques in the past few months. In December, mosque staff found severed pigs heads on mosque grounds in both Philadelphia and at the University of Western Australia in Perth. On Christmas Day, a Houston mosque was the victim of an arson attack and on Dec. 30, a Las Vegas mosque discovered bacon wrapped around the mosque's front doors, barring Muslims from entering.

The Council on American-Islamic Relations reported the highest number of mosque attacks ever in 2015.

With tensions high by December, one Alabama mosque staff member hesitated to open a tin of Christmas cookies left on the mosque's steps. However, some people like Massachusetts resident Mona Haydar, who created a "Talk to a Muslim" stand have stepped forward to try to bridge relations between the Islamic community and those who may not understand it.