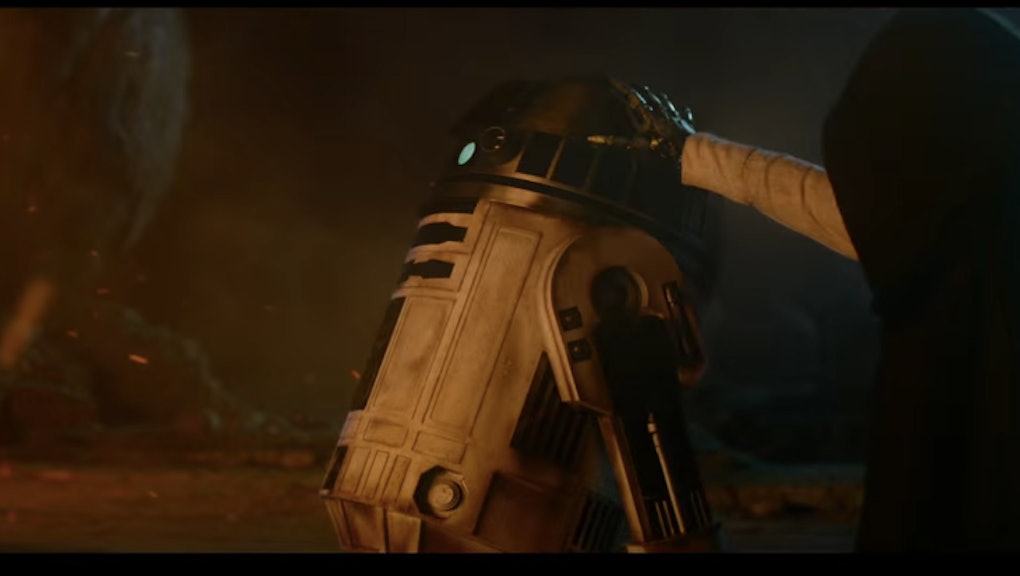 In an interview with the Sun on Wednesday, Mark Hamill dropped a peculiar piece of trivia: The Force Awakens was originally set to open with a shot of his severed hand and lightsaber floating in space.

From there, it enters the atmosphere of the desert planet Jakku, where we first meet Rey (Daisy Ridley), and the hand begins to burn away on impact. Upon landing in the sand, the lightsaber is recovered by an alien hand — presumably Maz Kanata (Lupita Nyong'o), considering she has it in her possession in the film.

Yep. The same hand that likely falls into the air shaft on Cloud City during the below scene from The Empire Strikes Back.

While J.J. Abrams has not addressed the alternate opening, this sequence was rumored to be in the original intro back when the film was still in production. However, it's safe to assume Abrams made the right choice going in the direction they did — and they can always address how Maz got hold of Luke's lightsaber in the forthcoming films.

As she tells Han Solo (Harrison Ford), it's a "good question for another time."