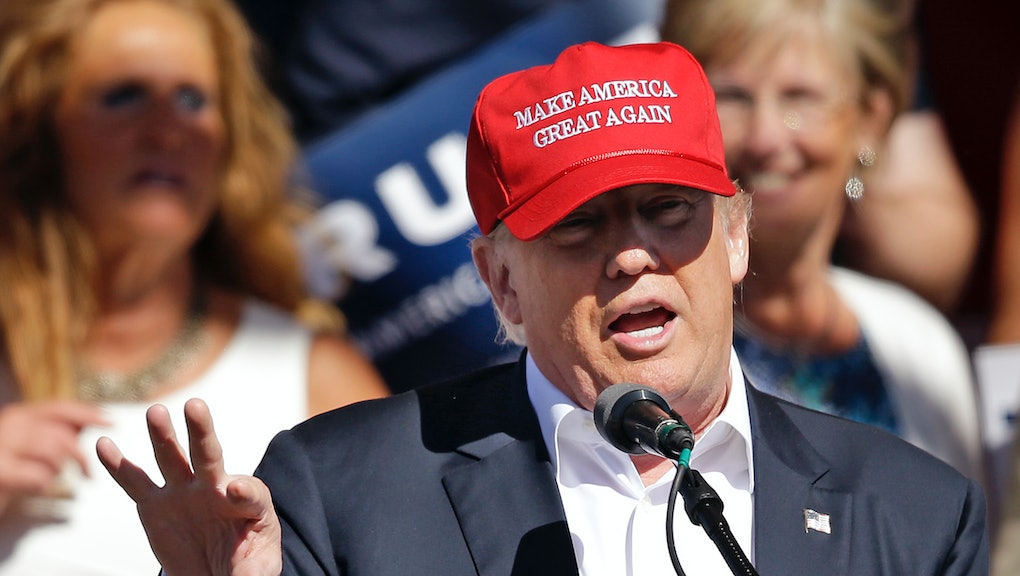 Donald Trump Flips His Position on Minimum Wage Yet Again

In an interview on NBC's Meet the Press, Trump told host Chuck Todd he had traveled the country, met with thousands of voters, and now has "seen what's going on. And I don't know how people make it on $7.25 an hour."

"Now, with that being said, I would like to see an increase of some magnitude," he continued. "But I'd rather leave it to the states. Let the states decide. Because don't forget, the states have to compete with each other."

To summarize: Trump said he would like workers to be paid more, but also that he will leave the matter to the states, and also that this whole federal minimum wage thing is maybe kind of a misguided idea anyhow.

In other words, he's advocating doing nothing on the federal minimum wage as president.

But Trump still wants U.S. workers to make more money (perhaps from all that unprecedented economic growth he said will happen under his presidency). It's a full reversal from his position on wages last year, when he said U.S. workers make too much money for the U.S. to be internationally competitive, and later explicitly clarified he was referring to the federal minimum wage, which  he said should not be raised.

So, ultimately, Trump is all over the place on this issue.

But consistency is not necessarily what Trump is aiming for — malleable positions are, by his own admission, part of his supposed strategy.

In another interview the same day on ABC's This Week with George Stephanopoulos, Trump addressed the seeming disconnect, saying he supports bringing back well-paying jobs rather than raising the minimum wage and insisting his planned tax cuts will bring back money to the average worker. He also portrayed many of his official policy positions as starting points for future negotiations with Democrats in Congress — negotiations necessary to reach those great deals Trump keeps on promising.

"I'm allowed to change," Trump said. "You need flexibility, George, whether it's a tax plan, where you're going — where you know you're going to negotiate. But we're going to come up with something. But my real minimum wage is going to be — I'm going to bring companies back into this country, and they're going to make a lot more than the $15 even ... that's what I want to do."