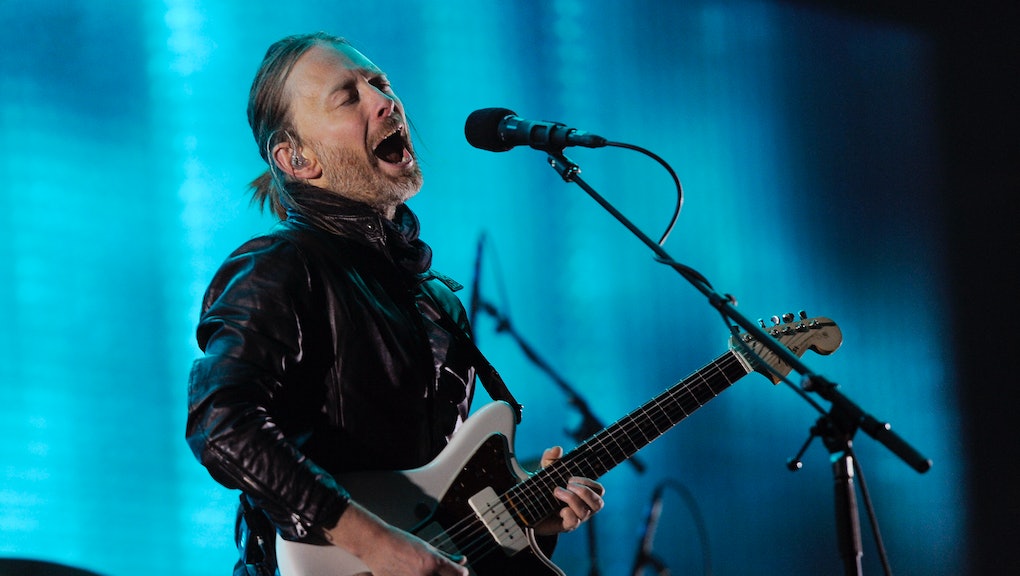 Following one of the most unpredictable and rapidly escalated album rollouts in recent history, Radiohead released its ninth studio album A Moon Shaped Pool for download Sunday.

It first surfaced on Google Play for a brief moment, before being immediately taken down. Shortly before 2 p.m. it remerged on the band's website to huge fanfair from their long dormant fanbase. The band hasn't dropped an album in 5 years, so witnessing thousands of joyful Radiohead fans suddenly emerge was like a rare eclipse.

The album spans 11 tracks, with the album's first two singles "Burn The Witch" and "Daydreaming," appearing as tracks one and two. The first of those two singles dropped Tuesday, just two days after the band wiped all their internet platforms clean. "Daydreaming" came Friday with a video helmed by There Will Be Blood and The Master director Paul Thomas Anderson.

A Moon Shaped Pool also features some of the band's rare nearly forgotten B-sides. The album's closer "True Love Waits" first appeared on a 2001 live EP I Might Be Wrong, Pitchfork reported.

The album can be purchased through the band's website or iTunes. Check the album art and full tracklist below.