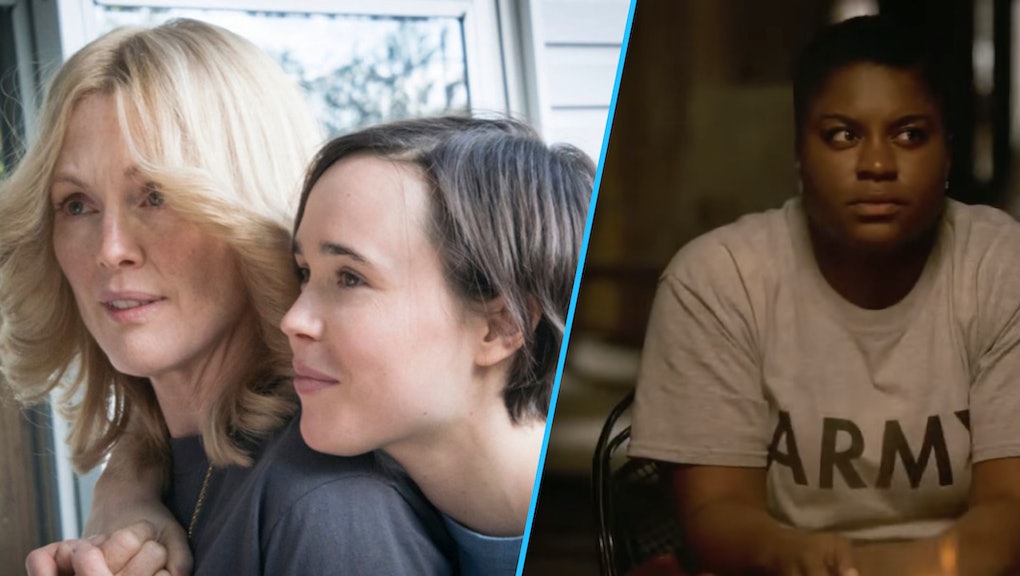 We've known that Hollywood ignores LGBTQ characters for a long time. But a new stat shows just how dismal the situation is.

As previously noted, GLAAD's Studio Responsibility Index for 2016 (examining the films of 2015) bears little good news for the state of queer and trans inclusion in the industry. Yes, there was a 68% increase in LGBTQ characters in major studio releases, but said characters have also become more male, more cis and more white.

Even after said increase, only 18% of the 126 films released by the seven major studios included LGBTQ characters. But that number is a bit generous for what it actually reflects. To get a real sense of queer Hollywood, we should look at the Vito Russo test.

As defined by GLAAD, the Vito Russo test (named for a GLAAD co-founder) serves as a queer counterpart to the Bechdel test. To pass it, LGBTQ characters must:

Out of 126 major studio releases — 22 of which had LGBTQ characters — only eight pass the Vito Russo test. That's just 6% of all major studio releases. Compare that to the Bechdel test: In 2015, 54% of top movies passed. In 2014, 11 films passed the Vito Russo test. Hollywood actually backslid in its progress toward creating empowered, important LGBTQ characters.

GLAAD didn't identify exactly which movies passed, but by using their descriptions of 2015's LGBTQ-inclusive films, we can identify that those films probably are:

It should be noted that while we've been using the term "LGBTQ," no trans characters are included in those eight movies. The only trans character in a major studio film in 2015 was used as a one-off punchline in Hot Pursuit.

Further raining on the inclusivity parade, GLAAD noted that several of the titles that do seemingly pass the Vito Russo test are otherwise non-inclusive. Describing Unfinished Business, the Index says, "The most that can be said of the film is that it manages to mostly subvert the expected gay panic."

On Pitch Perfect 2: "There is a needless joke between the tournament commentators about 'ladyboys in the Philippines,' demonstrating that while some films are doing better at including gay characters, there are still transphobic jokes making it to the screen."

These are seemingly the most positive examples of queer inclusion in film in 2015, and they still have glaring, unforced errors. Much like the Bechdel test, the Vito Russo test can't be used as an end-all, be-all set of criteria on what makes a work inclusive. But what does it say when only eight films passing the baseline test, and even those are failing in some ways?

It's true that if you look beyond the seven biggest studios (Lionsgate, Warner Bros., Sony Columbia, Universal, Paramount, 20th Century Fox and Disney), there are more LGBTQ characters in movies, like in Grandma and The Danish Girl. GLAAD notes these examples in their report.

That said, queer and trans audiences shouldn't have to look to arthouses to find films that include them. Many of these movies are only available in limited release, and don't ever screen in non-metropolitan areas (only later becoming available on-demand or on streaming services).

No, the onus is on the major studios to find room for LGBTQ characters. So far, they're failing, and not even really improving. To better represent their entire audience, Hollywood has to do more. Eight films with substantive queer characters isn't nearly enough.