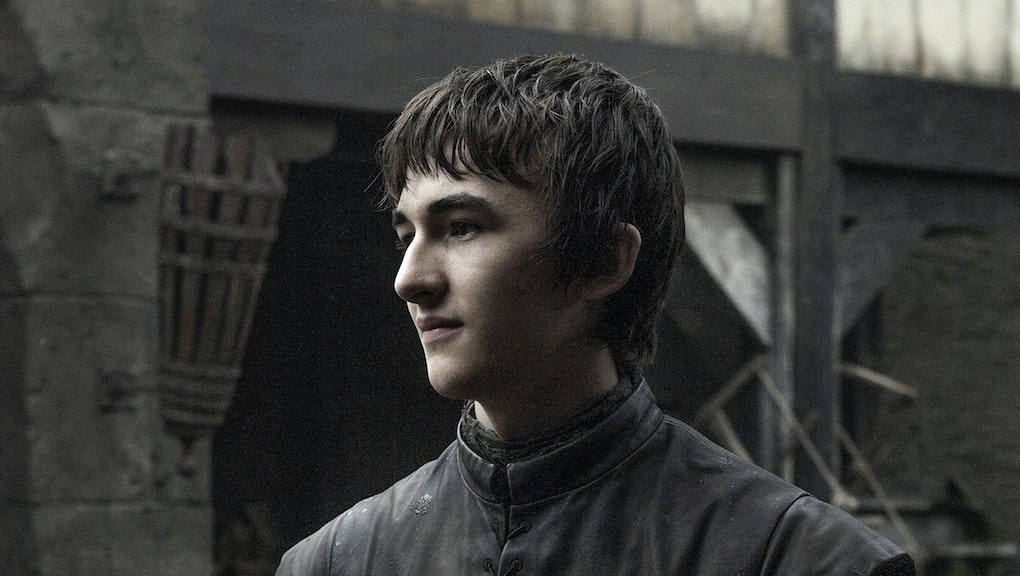 He was gone for a whole season, but the payoff for returning to Bran Stark's storyline has never been more satisfying. The series is using Bran — with the help of the Three-Eyed Raven — to explore previously uncharted territory from the past, the most recent being the bloody confrontation between his father, Ned Stark, and legendary knight Ser Arthur Dayne.

Now, the scene in question meant a great deal to fans, as it addresses the widely popular R+L=J theory, but it also came with a startling discovery. While Ned was ascending the stairs to the Tower of Joy, Bran called out to his father, and amazingly, his father turned around.

Read more: 'Game of Thrones' Is Gearing Up to Finally Address the "R+L=J" Theory for Good

As if a show with dragons, magic and ice zombies wasn't fantastical enough, now Bran might be able to influence the past. It's so revelatory, in fact, that redditor NegativeKarmaSniifer has a theory on Bran's role in the series. Essentially, Bran's meddling of the past might have set the show's initial conflict in motion, by helping turn Aerys II Targaryen into the "Mad King" moniker he is synonymous with.

"From S6E3, Bran realizes that others can hear him during the visions from the past, but doesn't understand that they cannot fully understand him," NegativeKarmaSniifer wrote. "He attempts to reason with King Aerys when shown a vision of him. The King only hears whispers, and is driven mad by it. Bran tries to fix this, however makes it worse. Mad King Aerys burns Bran's grandfather alive while Bran frantically tries to stop him. All he hears is whispers. Bran sets the events of the show in motion."

This revelation would be huge, but it's worth noting that the Three-Eyed Raven told Bran that, with regard to the past, "the ink is dry." Yet, not only did Ned seeming to hear his son's call, but Bran has proven that he can do things in the world of Westeros nobody else can. When he first wargs into Hodor in season three, Jojen Reed notes that it shouldn't even be possible for him to do so. Yes, wargs exist, but then can't transpose themselves onto a human being (technically called skinchanging).

Not to mention, a White Walker literally confronts him in the season six trailer (it's clearly a vision too, since Bran is standing when it happens). If that was another flashback, it would mean such interactions are, in fact, possible.

Even if the theory doesn't ring true, it's clear that Bran has a huge part to play in the show. Whether that's through directly influencing the past, or simply being there for some of the series' most important events — like Jon Snow's patronage — remains to be seen, but a lot is happening north of The Wall to keep an eye on.