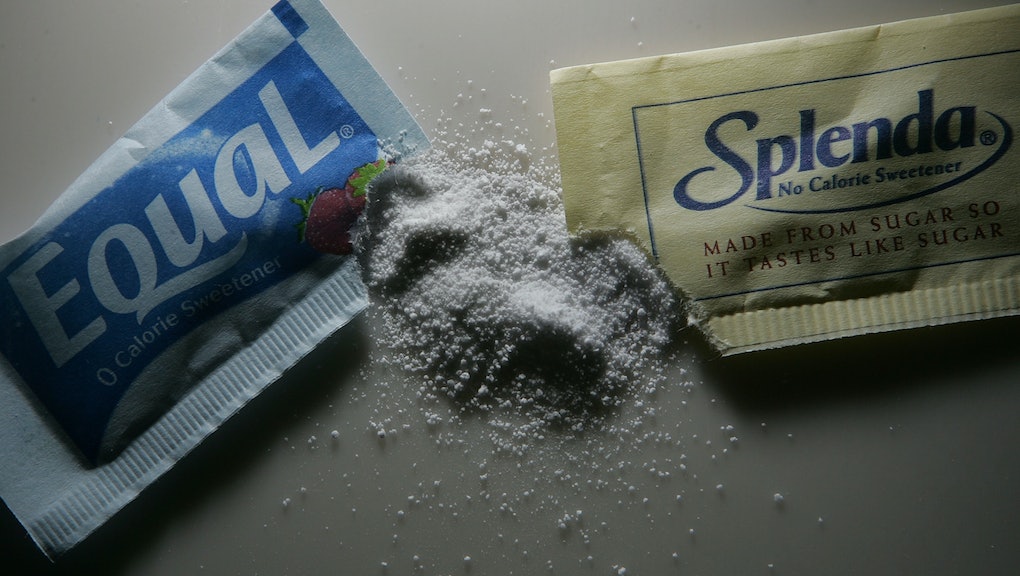 Consuming artificial sweeteners while pregnant has been linked to higher chances of obesity in children, according to a recently-published study.

Researchers followed 3,033 pregnant women, examining their habit of consuming Equal, Splenda and Sweet'n Low, and also examining their babies, according to Time. Researchers took into account other factors, such as the mother's weight, the baby's birthweight and whether the baby was breastfed.

The researchers found that those who used those sweeteners in beverages also increased their chances of having an overweight child be twofold. This is arguably the first study on the topic, according to the study, and adds to the growing set of literature that links negative health effects to artificial sweeteners.

Scientists believe that artificial sweeteners, which are made of unnatural chemicals, change the way we perceive food. By being more potent than natural sweeteners, our sugar receptors eventually develop a higher tolerance, making us use more Splenda and have a lower tolerance for the actual good stuff, like veggies. Psychologically, people feel like they can consume more treats like cake if their soda is zero calories — which isn't entirely true.

"Sweeteners aren't something we really need for any reason, so there's no harm in avoiding them," Meghan Azad, one of the study's researchers, said, according to Time. "This study raises questions about the potential risk to infants now, and that's something to consider."

While sugar is linked to higher insulin, which can increase one's risk for diabetes and other cardiovascular diseases, sugar-containing foods are also often dense in nutrients and fiber, Dr. David Ludwig, an obesity specialist, told the Harvard Health Blog.

Read more: What Happens to Your Brain on Sugar, Explained by Science