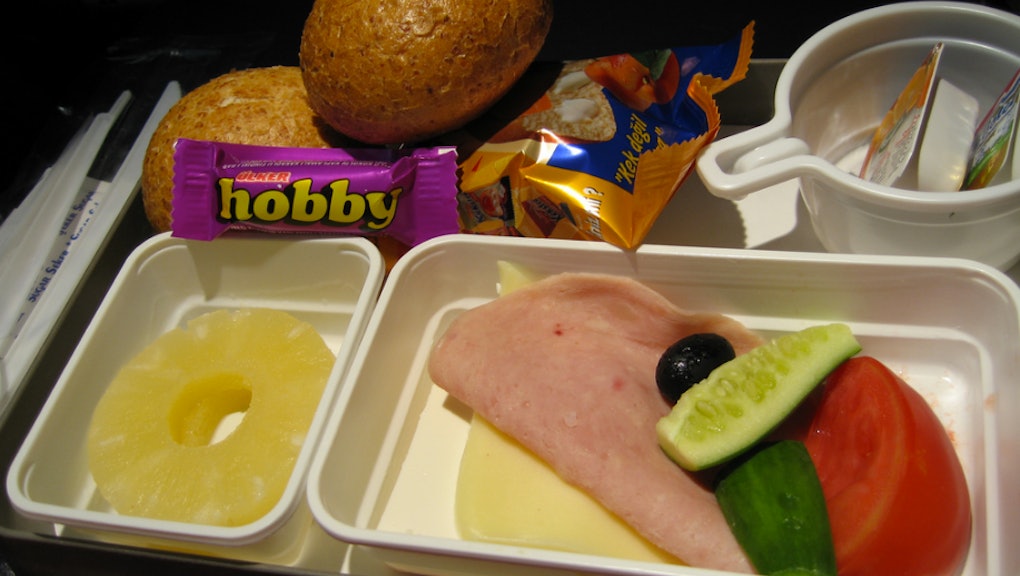 Anthony Bourdain Doesn't Eat on Planes and Neither Should You

Unless you fly in serious style, chances are that airplane food isn't a great part of your journey.

TV personality and badass chef Anthony Bourdain is in the same boat — or rather, plane. He uses the flight to ready his stomach for the ultimate destination: whatever exotic food he plans to inhale when he lands.

"No one has ever felt better after eating plane food," Bourdain told Bon Appetit in an interview published Monday. "I think people only eat it because they're bored. I don't eat on planes. I like to arrive hungry."

Gorging on airplane food, which tends to be packed with sodium, may perpetuate jet lag, while Bourdain's short-term fast may be the key to feeling best when upon arrival. Sure, "arriving hungry" is definitely important when you're being paid to eat local cuisine like fresh grilled fish in the Greek islands, but even for us plebeians, it could improve travel endurance.

A 2008 study published in the journal Science found that a mini-fast may actually help ward off that sluggish feeling when you're acclimating to a time change. "Normally, the body's natural circadian clock in the brain dictates when to wake, eat and sleep, all in response to light," Reuters reported. "But it seems a second clock takes over when food is scarce, and manipulating this clock might help travelers adjust to new time zones."

The study, however, was only performed on mice, so you may need super-human/rodent strength to resist the urge to eat while traveling to a different hemisphere.

If all else fails, learn from Bourdain's strategy when he needs sustenance at 35,000 feet: "For a super-long flight, I'd order cheese and [a] shitload of port," he said. "I'd eat some cheese and drink myself stupid."