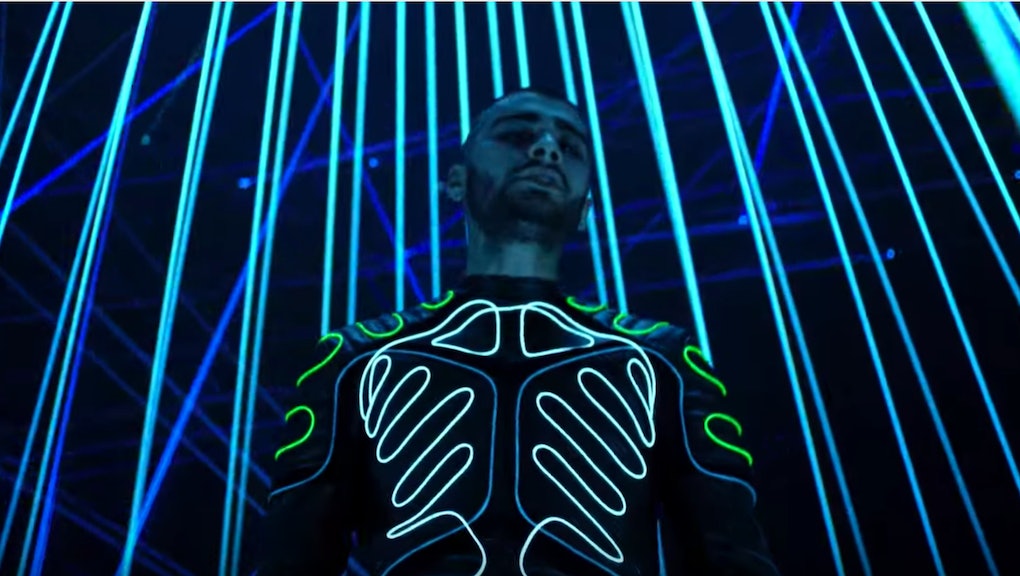 As far as we know, a sequel to Tron: Legacy isn't being filmed right now, but we might have to revisit that notion after Zayn Malik dropped the music video for his single, "Like I Would." Directed by Director X — whose previous collaborations include Kanye West, Rihanna and Drake — the video pans through an eclectic mix of lasers, neon-coated suits and dancing. He looks like a perfect fit for Tron's Grid.

"Like I Would" was part of Malik's first solo venture from March, Mind of Mine, since departing from hugely successful boy band One Direction. However, based on the Twitter reactions from his new video, fans are enjoying Malik's experimental solo work — which also includes January's video for "Pillow Talk" — just as much.

Check out the music video for "Like I Would" below:

Read more: Zayn Malik Releases New Track "Like I Would" Out of Nowhere