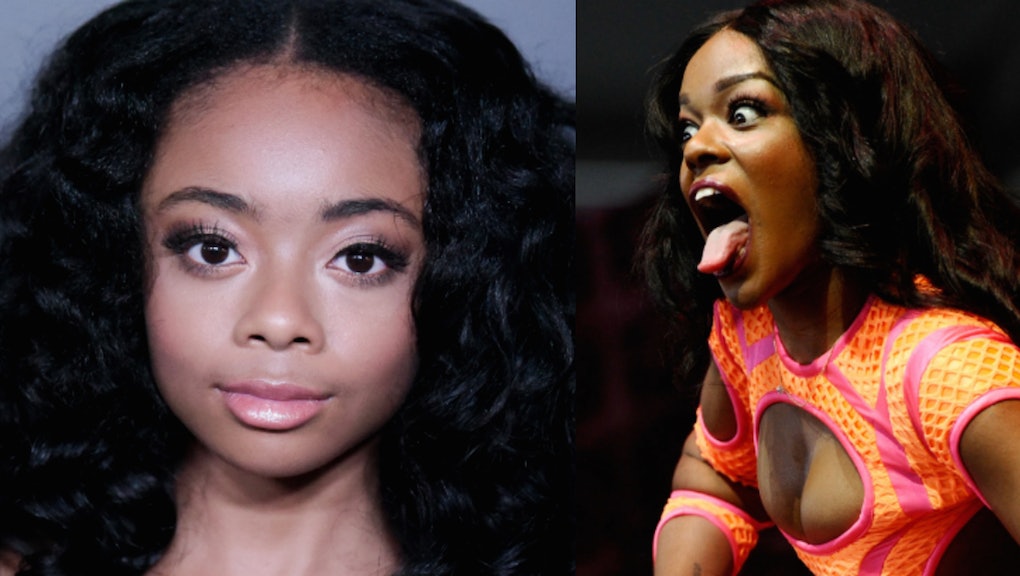 Some might recognize Azealia Banks as a rapper, but others know her as perhaps the most outspoken and controversial Twitter troll out there. Banks was going through her normal routine of lambasting fellow entertainers Tuesday night, when another force on the internet spoke out.

Disney Channel star Skai Jackson, 14, who has been turned into one of the most viral memes in recent online history, saw Banks going off on Zayn Malik, after the former One Direction singer released a new music video for his single "Like I Would."

After she called him the gay slur, Jackson simply wrote, "Azealia Banks needs to simmer down a little," causing all hell to break loose.

Banks' Twitter fingers turned to trigger fingers, unleashing some of the most vitriolic replies anyone could possibly imagine sending a 14-year-old child. Fortunately, Jackson was prepared for each of her typical (for Banks, at least) replies, repeatedly shutting her down before effectively ending the conversation.

Like any scared Twitter troll backed into a corner, Banks then attacked Jackson's mother, saying she's been "pimping you out" and asking if she believes "in the white man's jesus too." She sent another tweet, telling the young actress, "You aren't a star. You aren't a topic. You're a Meme," to which Jackson nailed the perfect response:

With nothing left to attack her on, Banks implied Jackson would become "depressed and addicted to drugs," as other child celebrities have in the past, noting in all caps, "THAT'S HOW THESE STORIES ALWAYS GO!"

Meanwhile, Malik, the man who somehow started this all, must have stepped away from his timeline for a moment (R.I.P. to his mentions) and was seemingly confused by the entire ordeal: