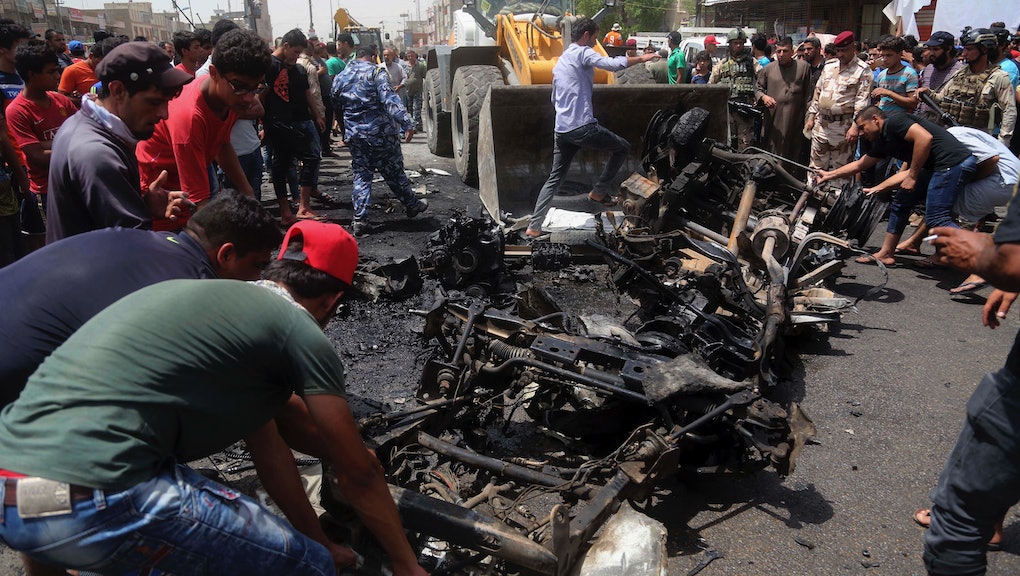 The Islamic State group, or ISIS, has claimed responsibility for a series of four car bombs Wednesday across Baghdad that have killed at least 88 people in total. The first explosion was the most devastating: A massive car bomb in Sadr City, a densely populated Shia area of Baghdad, killed at least 66 people and injured dozens more.

The self-proclaimed Sunni Islamic terrorist network has frequently targeted Shiites, a Muslim minority ISIS regards as inferior. A pickup truck, laden with explosives, drove to an open-air market during rush hour before detonating the first bomb. The attack happened near a beauty salon, where a number of women were killed while reportedly preparing for their wedding ceremonies.

Shortly after, the Associated Press reported a second car bomb, also in a predominantly Shiite area of Baghdad, had killed at least 11 people and injured 32.

Reuters reported yet a third car bomb with at least seven casualties shortly after.

Fires, blood, bodies and debris littered the area, according to eyewitness accounts.

Karim Salih, a grocer, told the Guardian the pickup truck was parked by a man who quickly disappeared among the crowds of people.

"The force of the explosion threw me meters away and I lost consciousness for a few minutes," Salih said, adding that he saw a man park the truck and quickly flee the scene before it detonated.

ISIS alleges a suicide bomber detonated the explosion in Sadr City; however, Iraqi officials counter the terrorists' statement, saying there was no bomber on site.