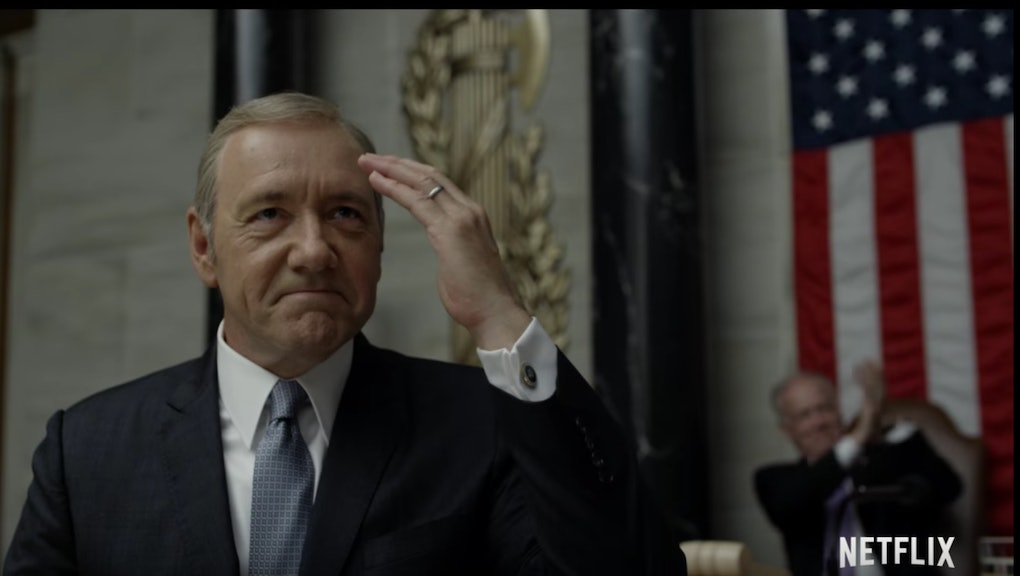 Aside from the occasional "are you still watching?" notifications, Netflix users enjoy a seamless binge-watching TV and movie experience without interruption. Not having commercials to deal with is certainly a great perk, but just how much time was being saved by skipping them had never been quantified. Well, until now.

Streaming blog Cord Cutting decided to calculate how many hours of commercial time is avoided by a Netflix user each year, as opposed to a cable TV watcher, and the results are pretty substantial. By comparison, Netflix saves its users around six days a year that would be spent watching commercials.

To calculate this, the blog took the 125 million hours of Netflix content its users stream per day and divided it between its 75 million subscriber base. (A typical user, then, would watch roughly 1.67 hours of Netflix content per day.) These numbers were compared with Nielsen data, which showed how many minutes of commercials were shown on traditional TV within a one-hour period.

"So each subscriber saves him or herself about 160 hours of commercials per year by streaming their content through Netflix," the post reads. "To put that in perspective, the average American work week is 34.4 hours. Netflix is saving its subscribers 4.6 work weeks' worth of commercials each year."

While this notion is exciting for subscribers of Netflix and similar streaming services, it's a massive concern for advertisers who are losing traditional commercial spots. Just last month, it was announced Saturday Night Live would cut its commercials by 30%, leaving more room for skits.

As for Netflix users, keeping up such a torrid, commercial-free pace could be quite beneficial in the long run. As the A.V. Club notes, watching that amount of Netflix for 80 years would essentially save you a year of your life that could be spent viewing commercials on TV. Or, you could just go outdoors ... but that's a daunting task.