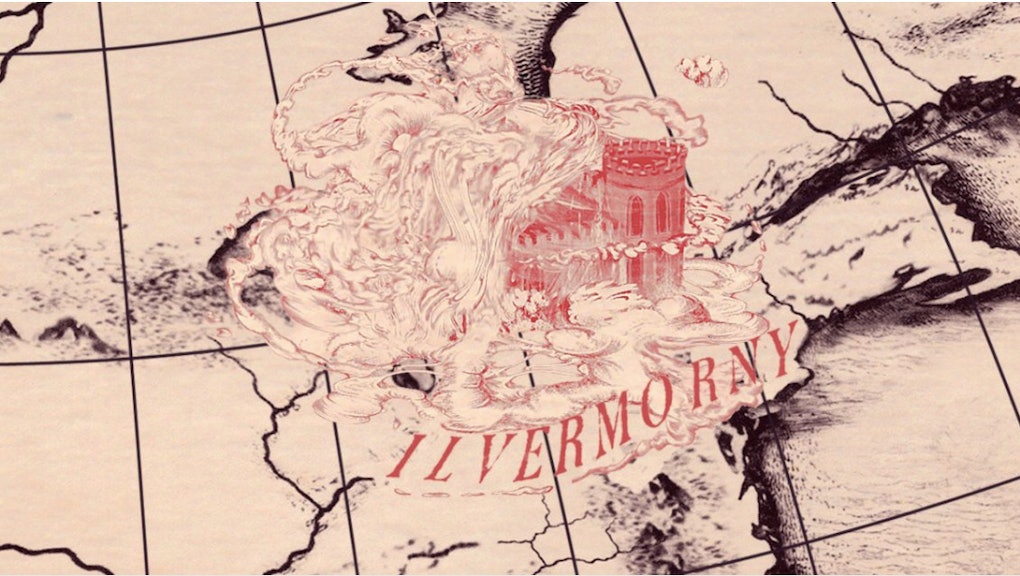 America, Here Are Your Witchcraft and Wizardry School Houses

Witches and wizards of the United States, which house are you: Wampus, Thunderbird, Pukwudgie or Horned Serpent?

As one Reddit user discovered during a deep dive into the hidden source code on Pottermore, these would appear to be the house names at Ilvermorny, the North American equivalent to Hogwarts School of Witchcraft and Wizardry, alma mater of fictional youth Harry Potter and literary creation of Twitter master J.K. Rowling.

According to Uproxx, the houses — named for the fantastic beasts of Native American legend — loosely align with Ravenclaw, Gryffindor, Hufflepuff and Slytherin. Per LeakyCauldron.org, the creatures symbolize the following:

The Wampus is a feline "described as a fearsome variatithon of a cougar."

The Pukwudgie is a "troll-like being" standing two to three feet and plucked "from Wampanoag Native American folklore. They have great magical abilities — the ability to appear and disappear at will, transform and create fire at will."

"Pukwudgies' features resemble those of a human, but with enlarged noses, fingers and ears," Hypable reports, "Their skin is described as being a smooth grey, and at times has been known to glow." Hufflepuff? LeakyCauldron.org says the Pukwudgie is "malicious," which doesn't fit the bill — until one considers that Hufflepuff's mascot is the badger.

Finally, the Horned Serpent, which "usually symbolizes a benevolent creature, associated with rain and water, a guardian of life and a bringer of wisdom and healing," according to LeakyCauldron.org.

Common sense says that the Horned Serpent should be Slytherin, house of snakes, but this creature sounds more sage than cunning. Ravenclaw would be our guess.

Perhaps we'll learn a little more in November, when Fantastic Beasts and Where to Find Them hits theaters.

Read more: What Your Favorite Harry Potter House Says About You, According to Science