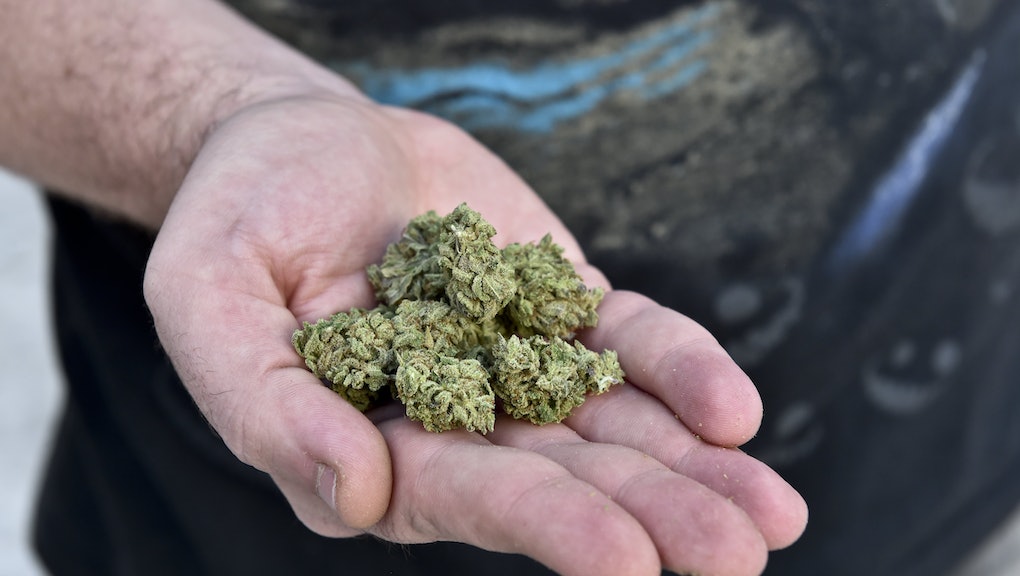 This Is What Happens if You Ask for Weed on Twitter

If you're looking for some sweet ganja on the 'net, keep this in mind — police departments are on Twitter too.

When @preznixon16 tweeted out a request for weed in Florida, police department in Sarasota, Florida, responded, asking @preznixon16, whose Twitter name is Fly Shit Only, to stop by its headquarters. Busted.

And she would have gotten away with it, too if it weren't for that meddling hashtag. Fly Shit Only included #SARASOTA at the end of her tweet — which probably put the tweet on the Sarasota Police Department's radar. If you search for "weed" on Twitter, it's a goldmine of illegal tweet nuggets. @preznixon16 responded by retweeting department's request.

This isn't the first time a Florida police department used its Twitter presence to instill fear in desperate #marijuana seekers — the Palm Beach County Sheriff's Office also responded to a request for weed in July 2015.

It remains to be seen who sent the tweet to Fly Shit Only, but it likely wasn't a police officer scouring #Sarasota weed tweets on their iPhone. A Sarasota Police Department Narcotics Investigations official said in a phone call that the person in charge of the department's media affairs runs the social media account and probably sent out the tweet, possibly running it by the narcotics team first. We have reached out to the media affairs contact for comment.

As to whether Fly Shit Only scored some dope via the web, she tweeted at Mashable's Brian Koerber, "Unfortunately not." She has since turned to Twitter as a soap box to advocate for the legalization of weed.