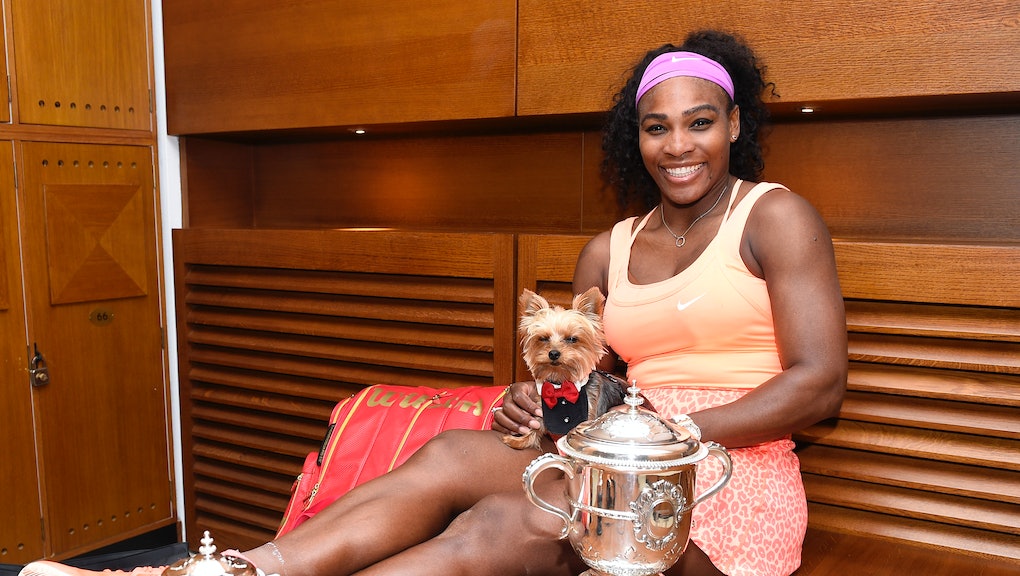 Serena Williams Teaches Us All Why We Shouldn't Eat Dog Food

Superstar tennis player Serena Williams learned a vital lesson on Wednesday when she tried "just a spoonful" of her Yorkshire terrier Chip's fancy hotel dog food, according to the Washington Post. Williams documented the ordeal on her Snapchat.

This was no ordinary run-of-the-mill dog food either. The meal was salmon and rice, which cost 15 euros, from her hotel in Rome. Although it looked like any other human food, Williams said that it tasted like house cleaner.

"I'm like, what the heck, I'm gonna try a piece, it looks good," Williams said in the Snapchat video. "I figure it's the same package, it comes with an expensive-looking spoon," she reasoned. So, like most people in the face of appetizing-looking food, she took a bite.

That fancy spoon seemed to have deceived Williams and two hours later, she was racing to the bathroom, feeling as if she was going to pass out. "I don't think it's consumable for humans," she said.

Dog food is hard for humans to digest since it often contains byproducts not typically eaten, such as certain organs and blood, according to Live Science. The Food and Drug Administration also regulates dog food differently than human food.

Williams seems to have taken her stomach illness in stride, saying "I guess tomorrow, when I step onto the court, I'm going to look svelte."

Read more: This Is What Happens When You Ask Queen Serena Williams Why She Isn't Smiling