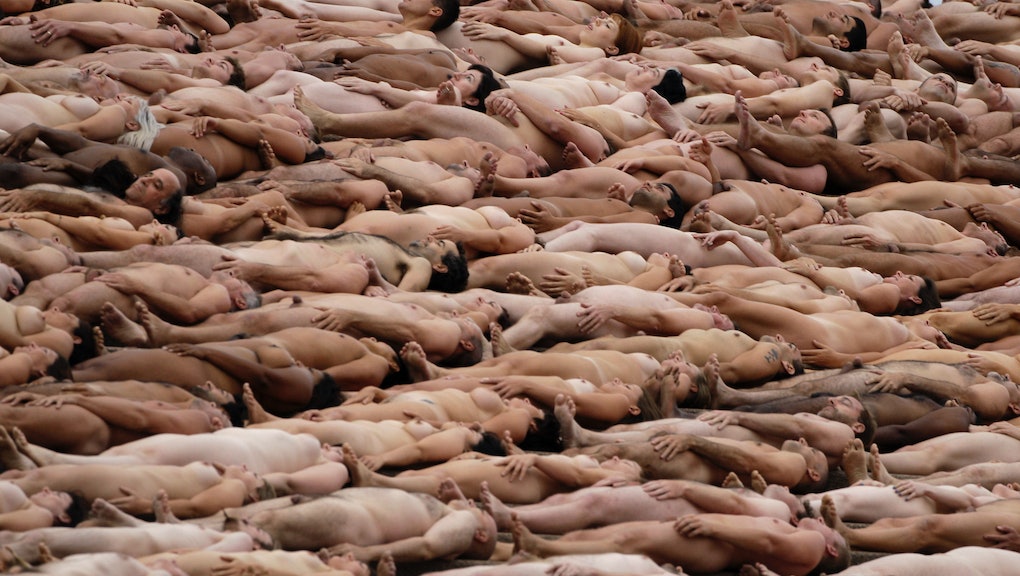 Artsit Spencer Tunick is enlisting 100 women willing to bare all in the early hours of July 17 as part of his "Everything She Says Means Everything" photographic installation.

As the day dawns over Cleveland, home of the 2016 RNC, this nude army will hold its mirrors to the light, blinding convention-goers with truth — and much unclothed flesh.

"The photograph will involve 100 nude women holding large mirror discs, reflecting the knowledge and wisdom of progressive women and the concept of 'Mother Nature' into and onto the convention center, cityscape and horizon of Cleveland," Tunick's website explains. "The mirrors communicate that we are a reflection of ourselves, each other and of the world that surrounds us. The woman becomes the future and the future becomes the woman."

If the mirrors also cause some female-unfriendly politicians momentary discomfort, so be it. But Tunick told Clevescene he isn't yet sure whether he intends this to be "a protest work."

Which sounds a lot like protest, especially in light of his tweeted statement, "For our daughters, I couldn't stand by and do nothing." But this isn't Tunick's first rodeo: He's currently working on a 6,000 person assemblage in Bogota, Colombia, and in the past, he's gathered 2,500 naked bods in Cleveland.

Women who'd like to flash for their freedom to choose should send nudes, presumably — "a low-resolution, full-length photo of yourself," per Tunick's website.