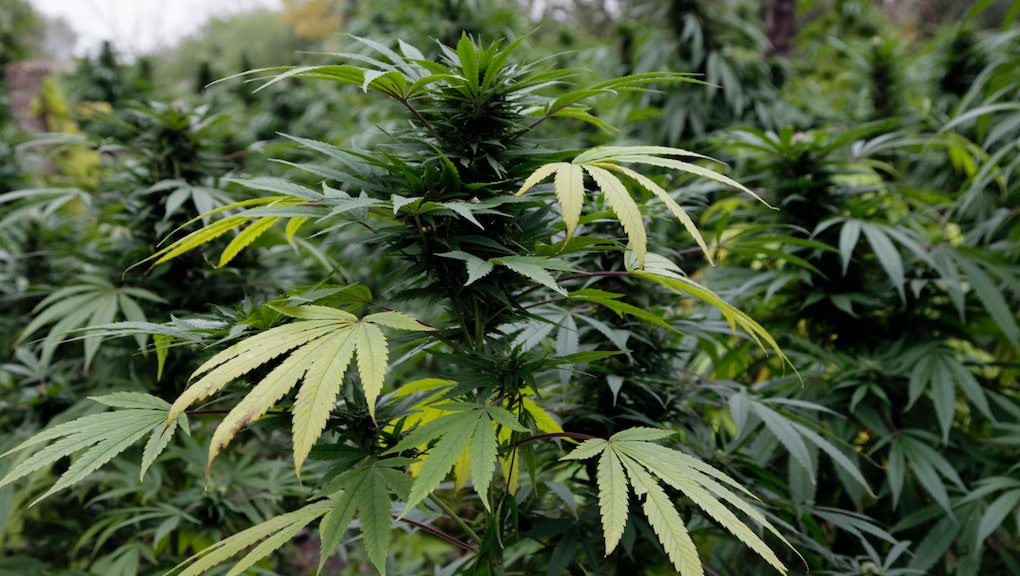 Yes, You Can Be Allergic to Marijuana

Connor Purdon, 25, is a long-time marijuana user who recently smoked weed with a high concentration of THC — the active ingredient in marijuana that produces the drug's psychological effects. As Canada's CBC News reported, Purdon experienced an unexpected reaction.

"I hit one of those, and I'm not sure if I rubbed something in my eye, or what happened, but I had a heavy kind of allergy reaction to my face," Purdon told CBC News.

The next morning, his eyes were reportedly still swollen and "really, really red."

Is there such a thing as a marijuana allergy? You betcha.

Weed allergy "definitely exists," Dr. Leo Galland, co-author of The Allergy Solution, said in a phone interview Thursday. Symptoms "could be almost anything," he said. "Skin rash and wheezing are most likely, but it could also be nausea, vomiting or diarrhea."

Galland hasn't personally treated anyone with a marijuana allergy, but past research suggests it's the real deal.

In 2014, Belgian researchers found that cannabis sativa, one of the two main types of cannabis, "can cause allergic rhinitis (hay fever), conjunctivitis (pinkeye), skin rashes and asthmatic symptoms when smoked, inhaled or chewed," according to the NY Daily News.

Another study, in 2000, found a link between cannabis pollen in the U.S. Midwest and patients' respiratory symptoms, according to Medical Daily. It concluded that "cannabis could be a clinically important aeroallergen for certain patients and should be further studied."

How do you become allergic to weed? It comes down to panallergens: allergenic proteins found in multiple different plants, according to Galland.

Panallergens are found in marijuana plants, but they're also found in fruits like melons, bananas and tomatoes, and in pollen from ragweed and grass, he said. If someone develops an allergy to one of those plants, "they may be more susceptible to being allergic to marijuana," Galland said.

Be careful when rolling joints: "You are more likely to get allergic to something if you're exposed [to it] through your skin," Galland said.

Ingesting it orally may be safer, allergy-wise, because "your gut has mechanisms for avoiding allergy that our skin doesn't have," he said.