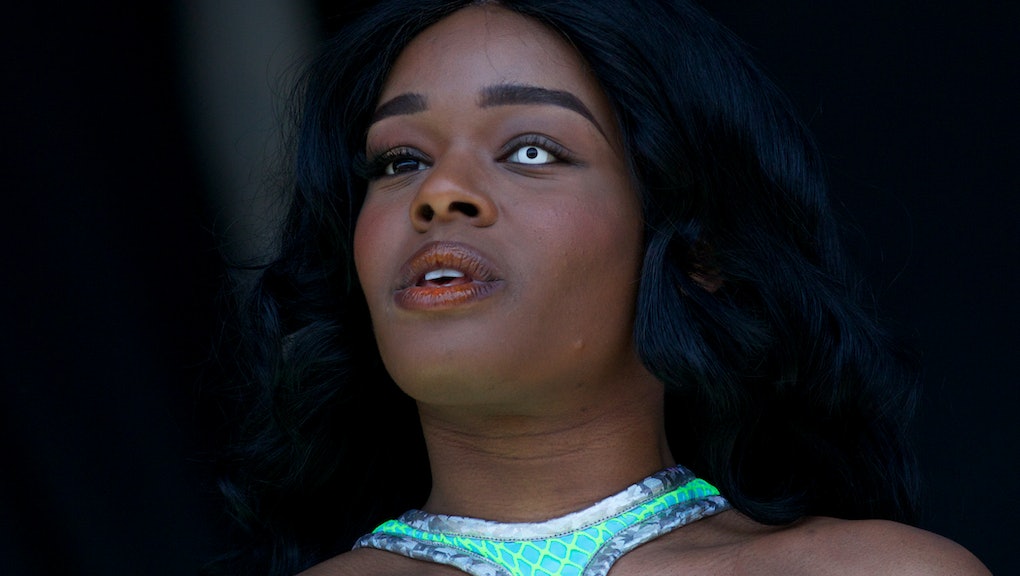 Azealia Banks Has Finally Apologized for Her Disgusting Tweets — But Is It Too Late?

After getting her Twitter account suspended, Azealia Banks is finally apologizing for years of hurling sexual, racial and religious slurs on the social media site, saying she's now aware of the toll her words can have on people.

The Harlem rapper posted a statement on Instagram Saturday night that sharply contrasts the lengthy messages she was posting to the photo sharing app before, in which she said her Twitter account was only suspended when she started to tweet about white supremacy, and tried to justify using racial slurs against Zayn Malik.

It might have been the softest Banks we've seen in years — addressing radically racist tweets she sent toward Malik the same day he released a new music video, referring to him as a "faggot" and "sand nigga."

"I want to extend my sincerest apologies to the world. Employing racial/sexual slurs/stereotypes in attempts to make fun of or degrade another person or group is absolutely unacceptable and is not fair or fun for anyone," Banks wrote. "Allowing my anger to get the best of me, I've managed to insult millions of people without reason. And for that I give my deepest apologies."

The controversial artist then referenced her fight with Malik, a vitriol attack which sparked the positive trending hashtag #CurryScentedBitch using Banks' own words, saying it all stemmed from a New York City inside joke.

"As for curry, it's honestly some dumb NYC joke about cabs smelling like curry. I honestly wasn't trying to make a widespread statement about any group so much as just pulling out of my very limited bag of NYC insults," she wrote, in an apparent apology to the spice. "My mind didn't even go there when it came out of my mouth. I personally really enjoy curry and cook with it often."

The scripted apology didn't exactly do much to help the rapper online — she's still suspended from Twitter, and now from her headlining gig at a UK festival.

Perhaps a lesson can be learned here: the best way to win back a community might not be to say you eat their food, too!

Update: Banks' newfound civility lasted no longer than 24 hours before the "Big Big Beat" rapper attacked 14-year-old Skai Jackson once more, lambasting the Disney channel actress for hanging out with Kylie Jenner, writing on her Instagram photo, "the thirst for white approval is all over your face in this photo. Dam lil girl." She later captioned her own photo writing Jackson "is a coon in training."