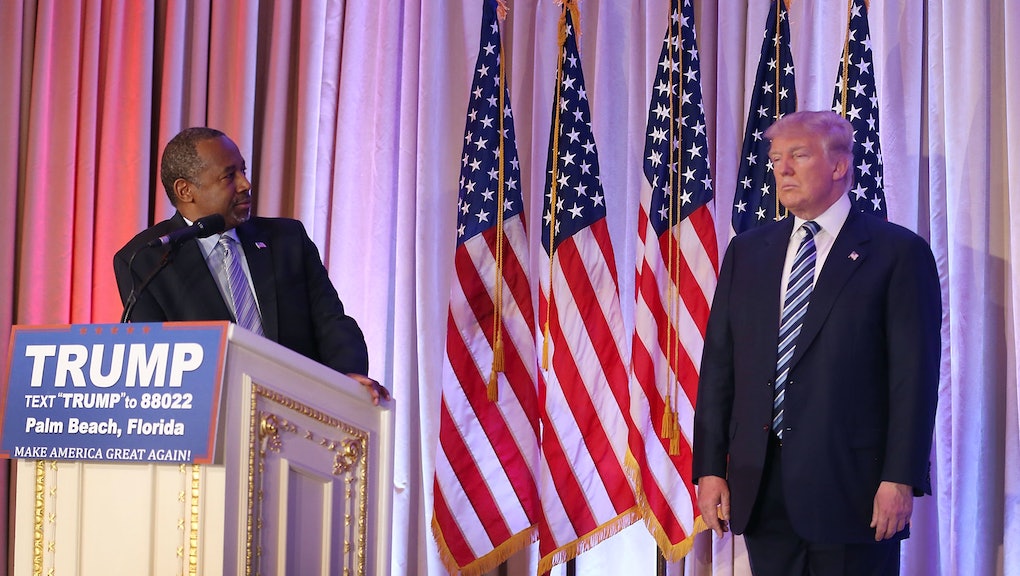 It's not totally mind-boggling that a man who made his mark examining the workings of the human brain has some interesting thought processes.

Ben Carson, the onetime presidential candidate who has now hitched his political star to presumptive Republican nominee Donald Trump, spilled the beans on Trump's short list for a vice presidential running mate during a recent interview — or did he?

The Washington Post reported Sunday, having asked Carson about potential Trump running mates: "The most favorably regarded contenders after himself, he was told, were John Kasich, Marco Rubio, Ted Cruz, Sarah Palin and Chris Christie."

"Those are all people on our list," Carson told the paper.

Carson's casual confirmation of the names set off a cascade of followup reports.

The Post later updated the story to say Carson then did some backpedaling: "Everybody could potentially be considered, doesn't mean they are on the short list."

The doctor was a little more circumspect about the names during a Fox News appearance:

He once told the New York Daily News during a drive from midtown Manhattan to Ground Zero that he had unique ideas for extracting information from terror suspects.

Asked by the News to elaborate on those techniques, Carson demurred — Trump style.

"I'm not going to tell," he said. "I wouldn't put those things out for everybody to know."