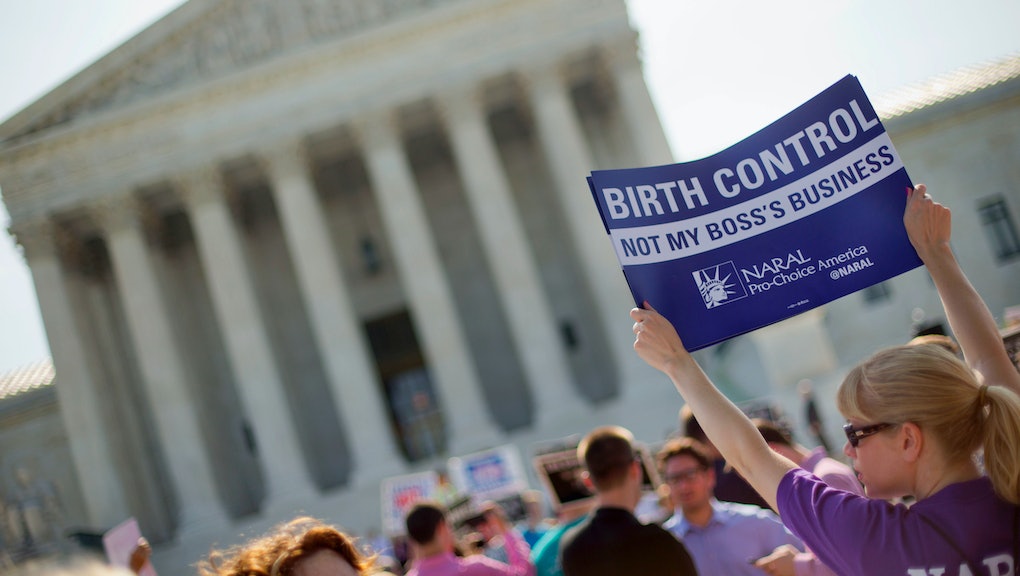 The Supreme Court on Monday flipped the heated fight over employers refusing contraception coverage to their workers on religious grounds back to the lower courts.

Importantly, the court — still short one member after the death of Justice Antonin Scalia — didn't issue a ruling on the merits in Zubik v. Burwell. Instead, they directed the challengers and the Obama administration to return to the table to forge a compromise.

Read more: What Antonin Scalia's Death Means for the Future of the Supreme Court

"The justices unanimously sent the cases back to federal appeals courts in hopes that they can emerge with a way to honor the objections of religious nonprofit groups, such as charities and hospitals, while still guaranteeing free birth control to their employees," USA Today reported.

The fight over whether companies should have to cover contraception as part of their insurance offerings has been one of the most passionate debates the high court has faced this year.

Opponents of that view say personal choices about contraception are none of an employer's business — and have an outsized discriminatory effect on women.

As NPR noted, the decision highlights the possibility that the government and objectors can find middle ground:

After the case was argued before the Supreme Court, the justices asked the government if "contraceptive coverage could be provided to petitioners' employees, through petitioners' insurance companies, without any such notice from petitioners."

The news spurred mixed reactions, with some hailing it as a victory for the employers and others dismissing it as a punt by the Supreme Court.

As the Associated Press summed up Monday's court action, "The major confrontation over an element of President Barack Obama's health care law is ending with a whimper and with no resolution of the issue the court undertook to decide. ... The matter almost certainly would not return to the Supreme Court until after the 2016 presidential election."

In addition to the importance of the argument itself, the outcome is sure to ramp up discussion of who should control the nomination of Scalia's replacement — and when.

Obama has nominated Judge Merrick Garland to succeed the late justice, but Senate Republicans have steadfastly refused to hold a vote on the nomination, arguing that Scalia's successor should be selected by the next president.