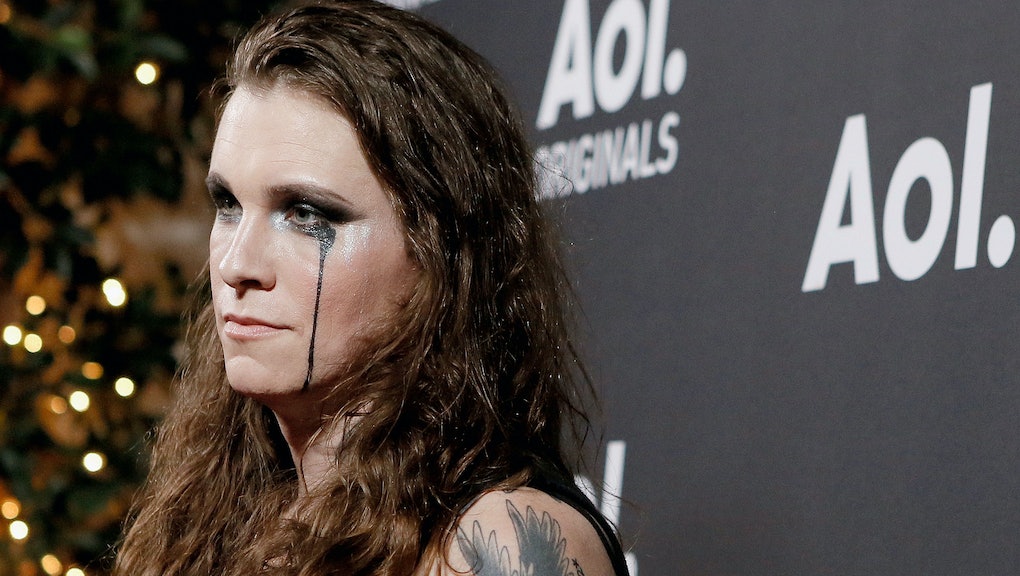 Musicians have been at the forefront of the cause to repeal North Carolina's HB2 aka Public Facilities Privacy and Security Act aka "the bathroom bill" since its passage in March. The Boss cancelled shows, as did Nick Jonas and Demi Lovato. Even the reclusive Beyoncé let down her veil and shared her thoughts on the bill.

Yet none of these stands have been nearly as powerful as that which Against Me!'s transgender front woman Laura Jane Grace took Sunday.

Read more: A Running List of Every Artist Who's Taken a Stand Against North Carolina's Anti-LGBT Bill

In front of an audience of hundreds during a show the Motorco Music Hall in Durham, North Carolina, Grace showed the world exactly how important she feels one's birth gender is by burning her birth certificate.

"Goodbye, gender!" she said as the paper burned.

Grace came out as transgender in 2012. She captured portions of that identity struggle on her band's most recent studio album, Transgender Dysphoria Blues. Earlier this year, Grace had been asked during an interview to cancel her concert, as a way to show solidarity with the LGBTQ communities in the state. However, Grace felt she could do far more by taking the stage.

"Hell no!" she wrote in a series of tweets in March. "I'm even more eager to play North Carolina 'cause of the bill!"

"I think the real danger with HB2 is that it creates a target on transgender people specifically," Grace explained to BuzzFeed in April. "When you feel targeted as a trans person, the natural inclination is to go into hiding. But visibility is more important than ever; to go there and have the platform of a stage to stand on and speak your mind and represent yourself."

Sometimes words aren't even necessary. In the face of such "ridiculous" discrimination, as Grace described it for the Washington Post Sunday, sometimes a fire can say all you need and more.