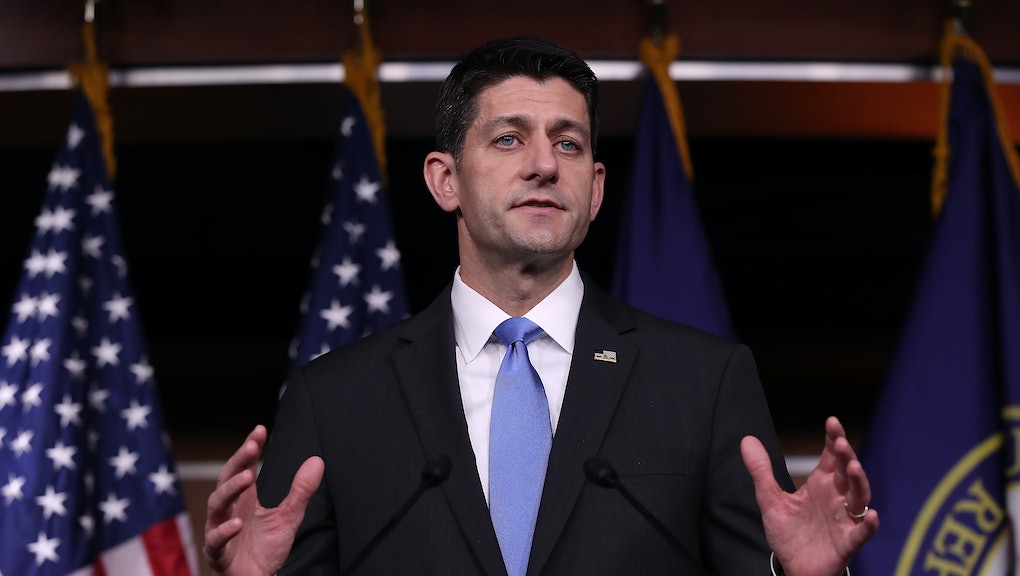 There are six more months until the presidential election, with a virtually guaranteed standoff between Democratic frontrunner Hillary Clinton and presumptive Republican nominee Donald Trump. But only one can win, and politicians around the nation are per usual planning ahead.

According to Democratic consultant Steve Schale, a grand realignment of the two major U.S. political parties — the "most overplayed narrative of the 2012 election" — hasn't materialized. Unless something seismic happens in the next few years, voters shouldn't expect the choices available to them in 2020 to be shockingly different.

But keep in mind "two things," Schale wrote. "As long as the presidency is decided by who can get to 270 of 538 electoral votes, political movements will fall into one of two camps. It is virtually impossible to get to 270 if you divide the pie three or more ways. Secondly, while there is tremendous frustration — and justifiably — about both parties, the reality is there are ideological camps and the parties will always roughly mirror those camps." Those ideological camps include both grassroots movements like evangelical Christians and Sanders-style socialists, as well as elite groups like business-friendly Democratic donors.

"And even as more and more people choose to not affiliate formally, most people still fall into an ideological camp, so voting will remain a binary choice," Schale wrote. "I do think within each party there will be real discussions about reforming the nomination process, but those will have little bearing on the larger political map."

That said, here's what the field might look like on both sides of the aisle if either Clinton or Trump fell out of the picture — with the caveat four years from now could be a much different political environment, big money has dramatically impacted the perceived viability of many candidates, today's polls are tomorrow's trash. For the purposes of this exercise, assume Clinton, Trump or Vermont Sen. Bernie Sanders isn't running for re-election.

Gillibrand is relatively popular in her home state with an approval rating of 47% to just 21% disapproval in an April Public Policy Polling survey. A 2013 Politico profile noted her rising-star status within the party, in particular how Gillibrand "managed not only to ease liberals' misgivings about her but also to win their enthusiastic support — all while maintaining her moderate cred and doing the kind of behind-the-scenes political scut work that could enable an eventual national bid."

Gillibrand is often discussed as having a loyal cadre of female supporters. Coupled with her strong fundraising skills and close ties to Clinton's existing political network, Gillibrand is more than a viable candidate for a future bid.

Pretty much everyone believes Booker, who's also the former mayor of Newark, harbors presidential ambitions — a 2013 Guardian profile highlighted how Booker has "scripted his rise and he has made sure cameras have been there each step of the way, earning a reputation as a glossy publicity-seeker." On one occasion, he rescued a woman from a burning building; it was neither the first nor the last time Booker has fancied himself the hero.

In a Democratic Party that has found itself splitting along progressive and centrist battle lines in the 2016 race, Booker falls squarely into the neoliberal camp.

"In many ways, he's a throwback to the old Democratic Leadership Council, combining a touch of fiscal conservatism with a socially liberal conscience," Michael Taube wrote in the Washington Times. "He is more than willing to attack the politics-as-usual crowd, and likes to break from the pack."

Warren's support is sometimes overstated (a poll supposedly showing her beating out Clinton among Democrats was widely criticized). But having stayed out of the fray this year, she's managed to maintain cordial relations with both wings of the Democratic Party — centrists and progressives.

Warren was widely cited as a potential left-wing challenger to Clinton along the likes of Sanders. One theory on why Warren stayed out in 2016? She wants the opportunity to expand her national footprint under a potential Democratic administration. The number of voters who did "not know enough" to weigh in on Warren has plummeted dramatically in the past two years, according to the Huffington Post.

Cuomo, like Booker, has practically worn his desire to one day sit in the White House on his sleeve. There's one potential problem: Despite his recent attempts to become the face of progressive politics throughout the Empire State (such as endorsing a $15 minimum wage), many Democrats are likely to view Cuomo as a wolf in sheep's clothing.

As Vox's Andrew Prokop reported in 2014, Cuomo consistently struck positions on economic and budget issues, which today seem out of touch with the zeitgeist of his party, such as cutting taxes for the wealthy, support for large-scale budget cuts and opposition to public financing of elections.

"Many New York progressives think that Cuomo has made a bet on what Democrats truly care about — that if he gives activists what they want on social issues, he can get away with giving the wealthy what they want on economic issues," Prokop wrote, adding many leftists are wary the combination could ultimately be a potent presidential formula.

Perhaps due to his uneasy walk of the tightrope, Cuomo faced a difficult path to re-election in 2014 and continued to slide in the polls throughout 2015. It is unclear whether his slide to the left will erase old suspicions about his bona fides as a liberal.

Haley, Politico wrote in February, is "the youngest governor in the country, and the first woman and first Indian-American to hold the office in South Carolina" — and boasts approval ratings of up to 80% or more. The biggest challenge Haley faces is the perception that her "resolutely anti-Obamacare, pro-Second Amendment and budget hawkish views" have somehow mellowed in a year dominated by firebrand conservatives like Texas Sen. Ted Cruz and Trump.

But if Trump blows his chance at the presidency, her resume — and implicit counter to the chest-thumping masculinity of the real estate billionaire's rhetoric — may suddenly look a lot more appealing. The Week's Pascal-Emmanuel Gobry made the case for a Haley third-party conservative run this year, arguing that her "principled opposition" to Trump and decision to take down the Confederate flag flying at the state Capitol could help drive the GOP away from white identity politics. CNN's Issac Bailey argued Haley also beats many of the criticisms hurled at this year's candidates.

On the flip side, Haley has yet to make inroads nationally. While she polls well in South Carolina, she failed to gain more than 25% support for a place on the ticket in the last Public Policy Polling survey released in November.

While the Republican speaker of the House of Representatives may have opted out of a bid against Trump this year, his previous vice presidential nomination suggests Ryan remains interested in an eventual shot at the presidency.

Unfortunately, the speaker position is often a "sacrificial lamb" and the brutal politics of the past year have resulted in Ryan carrying net negative approval ratings among Republicans. In a May poll showing 44% of GOP voters are unhappy with his leadership, Public Policy Polling concluded the "idea of Ryan being a white knight who could have unified the GOP and saved it from Trump is a beltway fantasy out of line with how actual Republican voters across the country feel about him at this point."

There's no question Cruz, who has won well over 7 million votes and locked up over 20% of the total number of Republican delegates, sees himself making another run at the presidency. In a recent call to donors, Cruz and his wife, Goldman Sachs executive Heidi Cruz, compared his campaign run to the fight against slavery: "It took 25 years to defeat slavery. That is a lot longer than four years."

Cruz has a well-established national fundraising and organizing network, and won over a considerable margin of "very conservative" Republican voters who will likely continue to play a large role in the future direction of the party.

Rubio may have flamed out badly in the end of his 2016 presidential bid, embarrassing more than helping himself with a series of crude attacks on Trump and doing yet more damage by repeating the same canned lines during a crucial debate.

But nonetheless, Rubio can still provide a well-known (and high polling) Latino face for the future of a post-Trump Republican Party, a demographic the GOP will need to win over sooner or later to survive. Rubio polled competitively against Trump for a significant stretch of time, beating out a large number of more experienced contenders including Republican governors. Several of his donors believe the candidate will have another opportunity to prove himself as a more seasoned contender in four years, reported CNN — though keep in mind these are the same people who just bet and lost $116 million on his ability to seal the deal in 2016.

Hey, Ronald Reagan co-starred with a chimp (that nearly strangled him) long before he was ever president. So crazier things have happened.