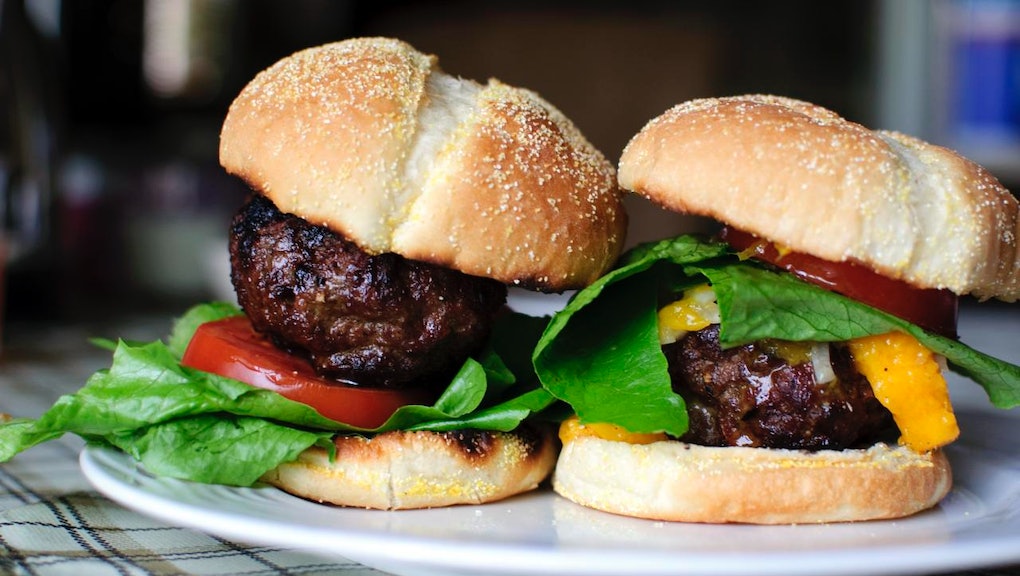 The World Would Not Exist If Everyone Ate Like Americans

The classic American diet is not a model for good health. More than one third of the nation's adults are obese, and the kids aren't far behind. The food Americans "fuel" their bodies with are not just wreaking havoc on their own health, however — it's obliterating the environment, too.

If the rest of the world mimicked America's food habits, well, the world might be all dried up.

The planet would have run out of water 16 years ago, Mother Jones reported, as America's demand for meat is incredibly taxing on our water supply.

A no-longer secret report released by WikiLeaks revealed that international food giant Nestle has big concerns about countries chowing down on as much meat as Americans. The report called our future "potentially catastrophic" if Chinese and Indian people begin eating more chicken, beef and pork.

Gallons of water go into supporting the crops that feed the animals we eat. In the report, Nestle assessed that a calorie of meat requires 10 times as much water as a calorie of produce and grains.

And unfortunately, Americans eat meat like it's going out of style. If the whole world were to chow down like us, "global freshwater resources would be exhausted at a population level of 6 billion, which the world reached in the year 2000," the report stated.

How to make a difference: The key is not necessarily swearing off meat for good. Just one meatless meal can save roughly 140 gallons of water and the same amount of greenhouse gases you'd create from driving a car six miles, Todd Smith, Director of Brand Innovation and Marketing at MorningStar Farms, said in an email.

Committing to a certain number of vegetarian meals — even just one! — a week could have a huge impact. Calculate the potential Earth-saving benefits of your meatless meals with this nifty calculator created by Morningstar Farms.

Your move, America (and world.)