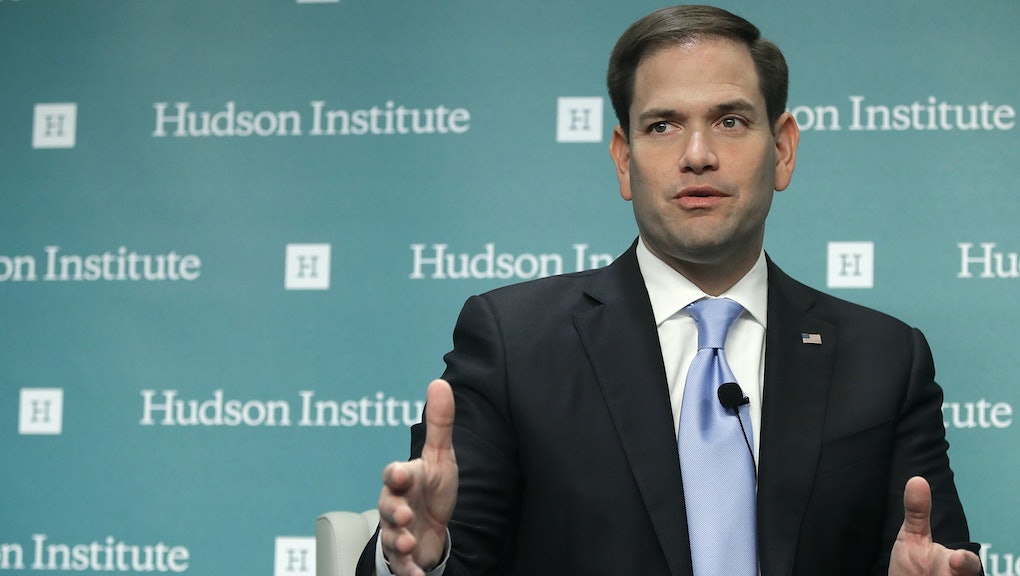 Florida Sen. and former Republican presidential candidate Marco Rubio went on an epic, and rare, Twitter tirade Monday evening, seemingly sparked by critical speculation in the Washington Post about whether he would be Donald Trump's vice-presidential pick.

The Post's Chris Cillizza cited "conversations I've had with people close to [Rubio]" to suggest that the senator "is sort of betwixt and between when it comes to his next move."

Rubio was having none of it.

He then sounded off on the Post's reliance on unnamed sources, something they have relied on for coverage of him in the past.

Rubio then mocked the paper openly.

Rubio was vanquished by Trump after he lost the Florida primary to the mercurial New York billionaire earlier this year.