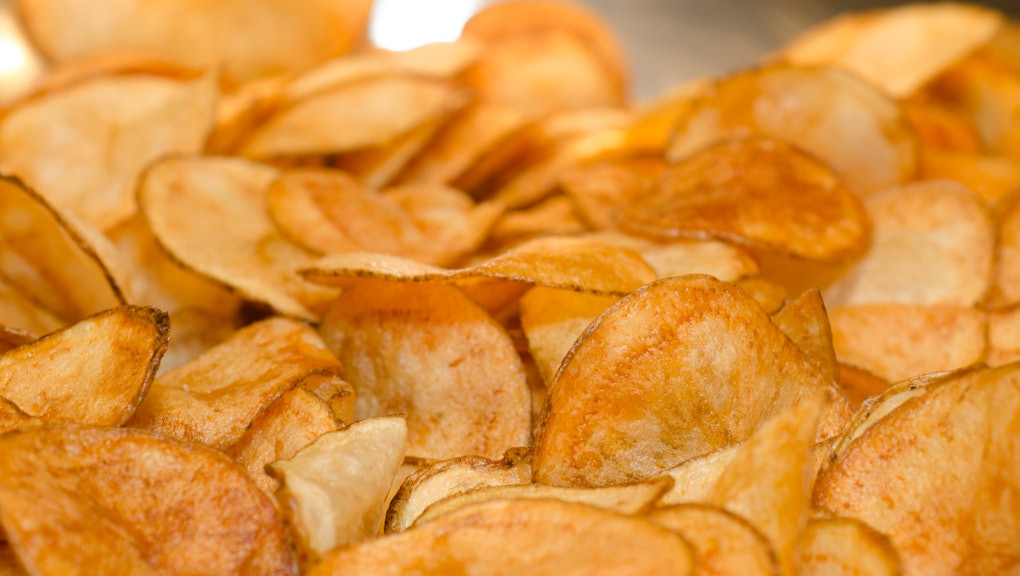 Study Shows "Light" and "Diet" Foods Are a Total Bust, Make You Overeat

You might want to stop cutting corners when it comes to healthy eating. People who consume snacks and beverages marketed as "light" may ingest 13% more calories than people who satiate with full-fat foods, according to a study published today in the International Journal of Research in Marketing.

TL;DR: People tend to eat more when they munch on "light" versions of full-fat foods, which pretty much negs the purpose of buying light in the first place.

What's the deal? It sounds counterintuitive, but a lot of it can be linked to a little bit of psychological deception: People are more inclined to overindulge when a food is marketed as healthier, according to lead study author Joost Pennings, a finance and marketing professor at Maastricht University in the Netherlands.

"People feel guilty when they eat something that makes them fat, but if they switch to light, they seem to immediately eat more of the product," Pennings said in a press release.

Chalk it up to the "health halo" effect. People often eat more when they think they're consuming something healthy. Researchers at Cornell's Food and Brand Lab have hypothesized that healthy marketing is, in part, responsible for the nation's obesity epidemic.

"We propose that the American obesity paradox is due to the "health halo" effect, in which  consumers believe that meals advertised as healthier have fewer calories, and compensate by choosing higher calorie drinks, desserts and side dishes,"  Pierre Chandon and Brian Wansink wrote in an article for Cornell.

Even though the government recommends low-fat and skim products for better health, new research is suggesting that dairy guidelines may require an udder overhaul. In a separate study published in February, researchers found that people who consumed more high- and full-fat dairy products — as opposed to "light" varieties — lowered their risk for obesity by 8%.

Isn't it ironic? Don't you think? The researchers at Cornell conducted four separate studies to confirm their health halo hypothesis, finding that "consumers chose beverages, side dishes and desserts containing up to 131 [percent] more calories when the main dish was positioned as 'healthy,' even though the main dish contained more calories than the 'unhealthy option.'"

What these findings might teach consumers is that until the Food and Drug Administration can find more precise measures for labeling foods, product labels and marketing strategies aren't a sure thing. In the meantime, health-conscious folk may want to switch back to full-fat cheese. Doctor's orders, right?