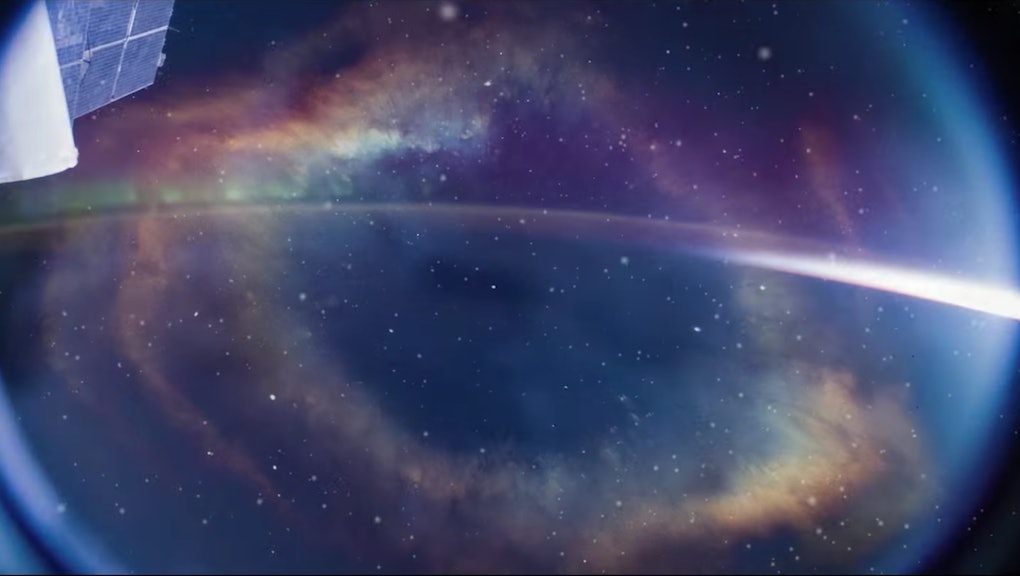 Shabazz Palaces' music has always been set in equally in both the streets and space. Their 2014 triple LP Lese Majesty brought "pickpockets, dope peddlers murders and thieves" in conversation with astrologers and mystic entities. Their latest video from that two-year-old album, "Dawn In Luxor," released Tuesday, translates that vibe into the perfect visual.

Directed by Stephan Gray, the video pulls footage from the Earth Science and Remote Sensing Unit at NASA's Johnson Space Center, specifically its Hubble and Cassini missions, according to Exclaim. Gray splices breathtaking natural landscapes from Earth with shots of the cosmos before zooming all the way back to the city to catch the group's MC Ishmael Butler, gazing in awe at the cosmic display.

Watch the video in full below.