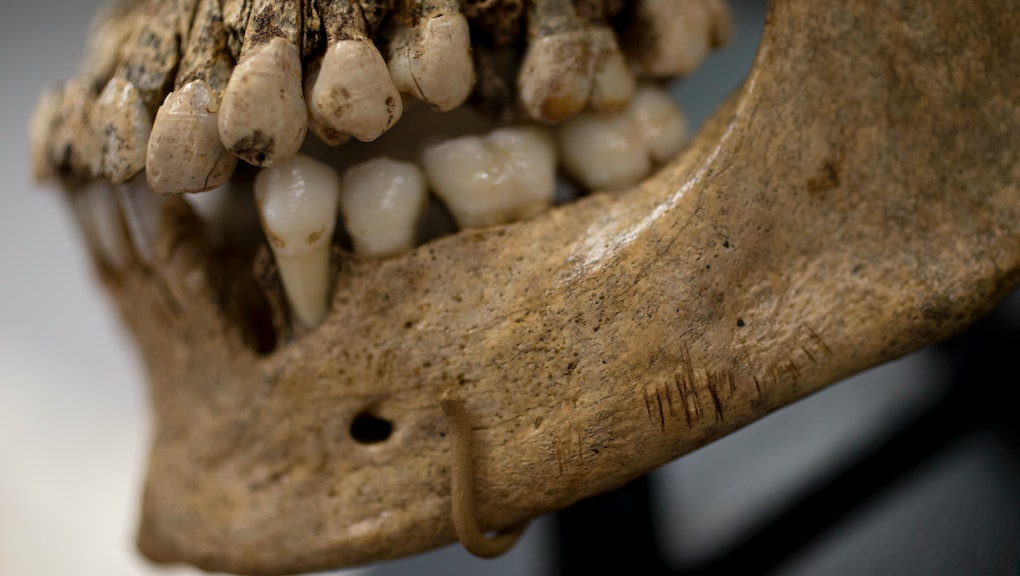 Mesoamericans May Have Made These Necklaces From Their Ancestors' Jawbones

Zapotec communities of old may have paid homage to their dearly departed loved ones by making jewelry out of their jawbones, Live Science reported Wednesday. In 2015, archeologists investigating the Dainzú-Macuilxóchitl site in Mexico's Oaxaca Valley unearthed painted jaws from an ancient compound there. They now believe that these Mesoamerican peoples may have worn the mandibles as ceremonial pendants in tribute to their ancestors.

"We think that these residences were occupied by a series of families that were related to each other over those 400 years," Oregon State University graduate student Jeremias Pink, who presented the findings at the Society for American Archeology's yearly meeting, told Live Science.

The approximately 1,300-year-old artifacts originally surfaced in 2015 and included whistles that "may have made owl-like sounds" and statuettes, some of which were modeled in the god Xipe Totec's likeness. According to Mesoamerican lore, Xipe Totec symbolized spring and was associated with human sacrifice. The Zapotecs who inhabited the site worshipped him; they also appear to have purposefully smashed the whistles and figurines found at Dainzú-Macuilxóchitl for reasons the archeologists haven't yet identified — Pink and his team discovered some 3,000 statuette shards and about 1,600 whistle pieces in the residences.

Despite the sacrifice connection, Pink does not believe the mandibles came from ritual killings. Rather, he believes that the Zapotecs of yore were "probably going into the tombs of their ancestors and bringing the remains of their ancestors out," as native peoples elsewhere in the Valley of Oaxaca tended to do, using the bones "in a ritual way to demonstrate the linkages between themselves and their ancestors as a way of sort of legitimizing their positions within that community." According to Live Science, the prevailing theory is that these particular rituals involved stringing familial jaw bones around their necks.