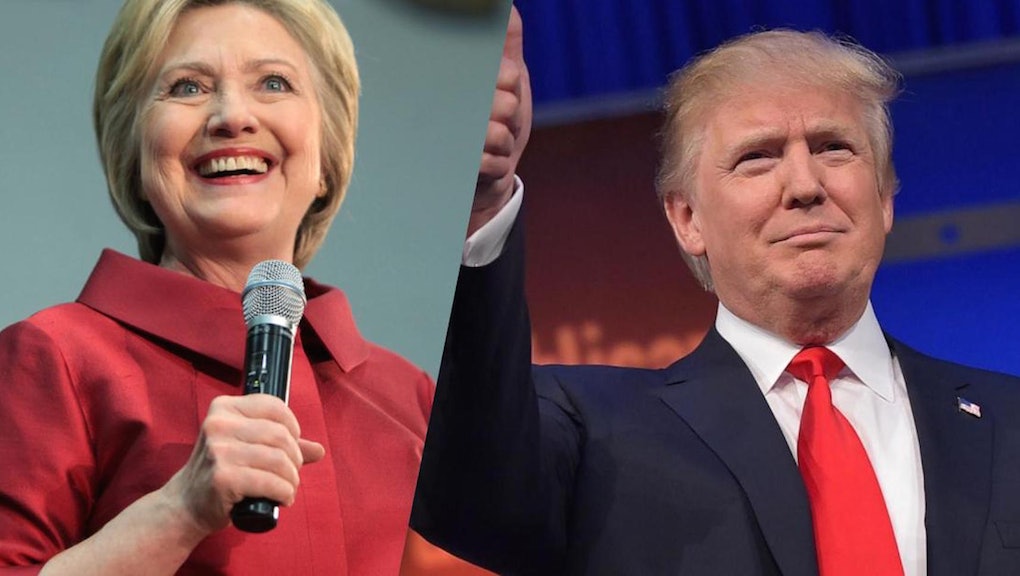 New polling has revealed that a solid majority of the American people are dissatisfied with both Hillary Clinton and Donald Trump and would consider voting for a third-party candidate, should one emerge in time for the presidential election in November.

The findings were revealed in a Data Targeting poll released Wednesday.

According to the breakdown, 58% of respondents said they were unhappy with both the likely Democratic and Republican nominees. Another 55% said they would be keen to have an independent presidential candidate run with that number rising to 91% when looking only at respondents under 29. Finally 65% of voters were at least somewhat willing to support a third party ticket.

Undergirding those numbers, both candidates will move toward the general election contest with historically high unfavorable ratings, 56% for Clinton and 55% for Trump.

While polls at this early stage are historically unreliable predictors of the final election contest, they do provide a revealing snapshot of the current state of the race. Right now, they seemingly point to a closer contest for the presidency between Clinton and Trump than many first predicted.

Polling by Gravis released last week shows Clinton beating Trump 51% to 49% with a RealClearPolitics advantage of only 5.2%. Individual state polls paint an even closer picture. Data from a Quinnipiac University survey, found the candidates battling in a dead heat for Ohio, Florida and Pennsylvania. The first two have become major presidential battlegrounds in recent years. More worrying for Democrats is Pennsylvania, which has not voted Republican in a presidential contest since 1988.

Given both candidates' long history of political mudslinging, the race is likely to be historic in its nastiness. For Trump, the foul tone is a deliberate calculation designed to depress turnout among Clinton's key supporters.

"[Trump's] strategy is to drive up [Clinton's] unfavorability ratings until they're closer to his," Mary Anne Marsh, a political analyst and principal at Dewey Square Group, said by phone last week. "The more negative the campaign is, historically, the less women vote."

If the race stays this close, there's no telling what might happen in November.