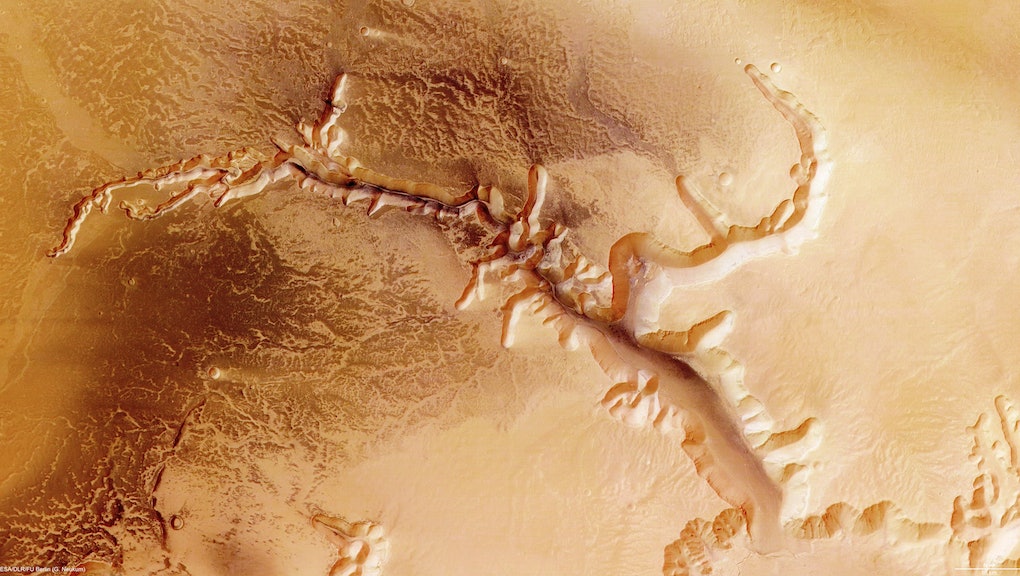 A team of U.S. scientists may have just shed light on the nature of the Red Planet. New data suggests that thousands of years ago, the planet hit by two huge "mega-tsunamis."

With a lack of geological evidence, scientists had been unable to reconcile the hypothesis that Mars once had an ocean, but tsunamis caused by asteroids or comets could explain how the ocean changed without leaving evidence of a shoreline.

"For more than a quarter century, failure to identify shoreline features, consistently distributed along a constant elevation, has been regarded as inconsistent with the hypothesis that a vast ocean existed on Mars approximately 3.4 billion years ago," Alexis Palmero Rodriguez of the Planetary Science Institute told the BBC.

"Our discovery offers a simple solution to this problem," Rodriguez continued. "Widespread tsunami deposits distributed within a wide range of elevations likely characterize the shorelines of early Martian oceans."

In September, NASA said that it had evidence of liquid water on Mars — although the giant ocean that some scientists believe existed on the planet millions of years ago no longer exists. But Rodriguez and her team believe these new findings tell of a different history.