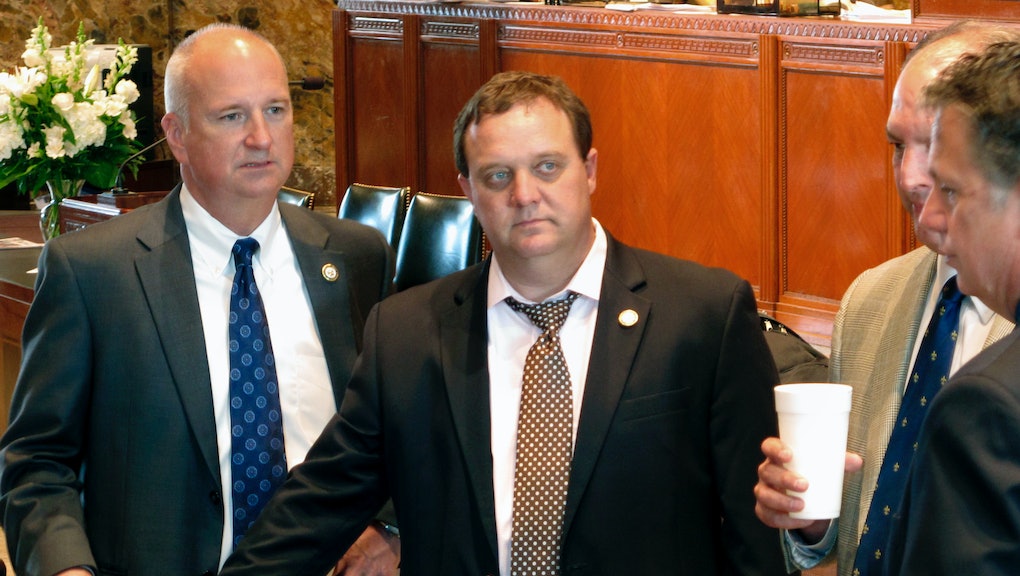 While debating a bill to regulate Louisiana strip clubs, state Rep. Kenny Havard submitted a "joke" amendment that would limit a stripper's age to 28 and her weight to 160 pounds.

The original bill, the Advocate reports, will raise the minimum age of women who dance in strip clubs from 18 to 21. While on the House floor on Wednesday, Havard proposed the controversial amendment to "[keep] the spirit alive of trimming the fat."

In the video, state Rep. Terry Landry asks Havard, "Are you saying that women over 28 or over a certain weight are not fit to be strippers?"

Havard's response: "No, ma'am, I'm just worried about their health and I wouldn't want them to hurt one another."

After the amendment caused friction among legislators, Havard withdrew it and the original bill passed. Then, Rep. Julie Stokes spoke up against him at the podium.

"I've got to say, looking out over this body, I've never been so repulsed to be a part of it," Stokes said. She said the amendment was "utterly disrespectful and disgusting."

Stokes then called out sexism in the entire Louisiana legislature.

"I refuse the spirit of everything that I've heard, and I just can't even believe the behavior in here," Stokes said to her colleagues. "I think we need to call an end to this."

She added, "I hear derogatory comments about women in this place regularly. I hear and I see women get treated differently from men."

She ends her speech by calling for male legislators to respect all the women in the legislature who are "disgusted at what [Havard] just did."