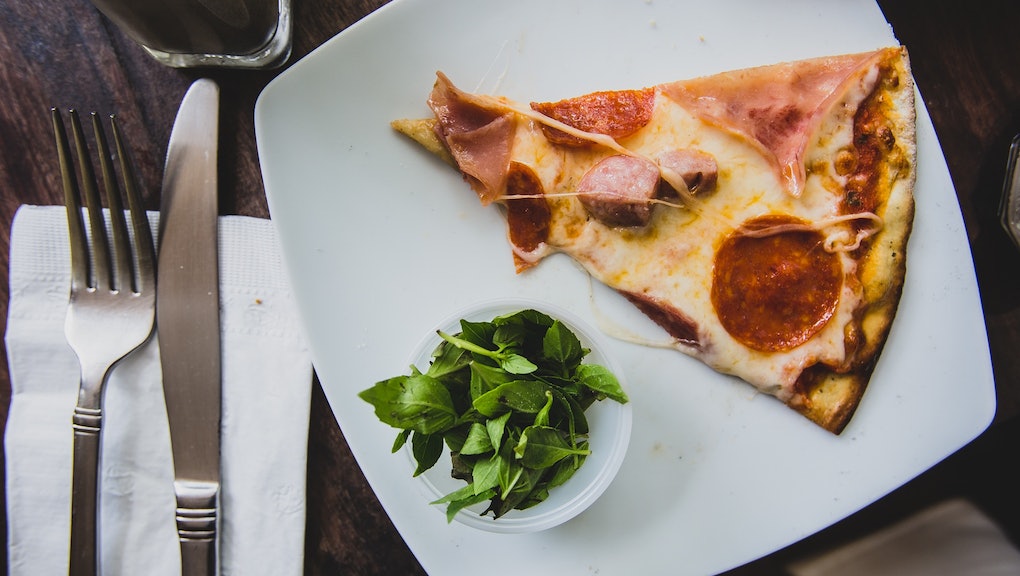 This Magical Plate Will Instantly Slash 30 Calories from Your Meal

Changing how we serve food can actually make a difference when it comes to nutrition.

One new innovation has taken that concept quite literally. AbsorbPlate, an ingenious serving dish designed by BBDO Bangkok, can siphon off roughly 7 milliliters of grease from your pad Thai, thus saving you about 30 calories, Adweek reported.

How? A whopping 500 perforations in the plate act like a sponge, soaking up oily residue.

Thailand's high rate of obesity (31.5 percent, according to data from the World Health Organization) motivated BBDO and the Thai Health Promotion Foundation to make signature Thai meals just a little bit healthier without changing how these meals are cooked.

Same taste, fewer calories. The plate mimics the act of blotting a slice of pizza with a napkin, but without the nasty paper waste.

Now here's a million dollar question: Does 30 calories even matter when we're thinking about large-scale health problems like obesity? (For reference, a single Hershey's Kisses candy clocks in at 22 calories.)

It just might. Very small differences between daily caloric intake and how many calories you burn do result in annual weight gain.

Obesity researchers told the New York Times that cumulative annual weight gain of one to two pounds per year can result from minuscule differences in your daily intake and energy output. We're talking about roughly 10 to 20 calories per day, or less than one Starburst candy.