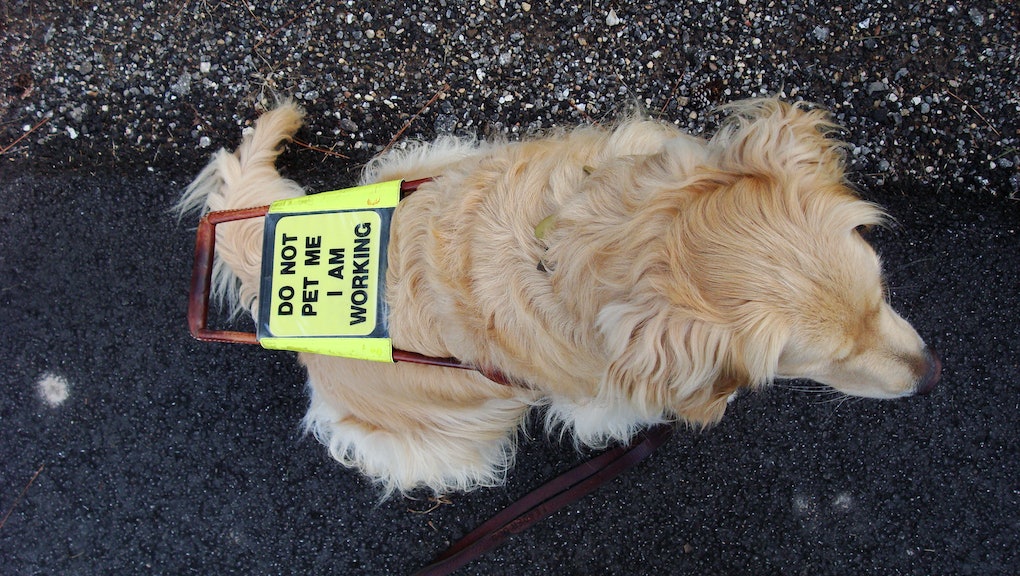 Contest winner Maia Dua is a 16-year-old student at River City High School in West Sacramento, California. Her robot beat out 1,000 other submissions, according to local news outlet KCRA.

Using a series of sensors, Dua's bot detects when a person using the seeing eye robot is about to run into something and beeps to them. The project took her a total of four days to build.

Dua wanted to build a tech-enhanced cane for the blind because of the price tag associated with dogs that lead the blind. It costs $50,000 to breed and train seeing eye dogs and connect them with visually impaired owners, according to the Guide Dog Foundation. By comparison, Dua estimates her machine would cost only $600.

The Marvel Studio's competition was set up specifically to challenge young women to create an innovative project using science and technology. As the winner, Dua will now have the opportunity to intern at Marvel Studios.

In the meantime, though, she'll go back to her regular life kicking ass on her high school wrestling team, because engineering and wrestling are among the things that women do best.