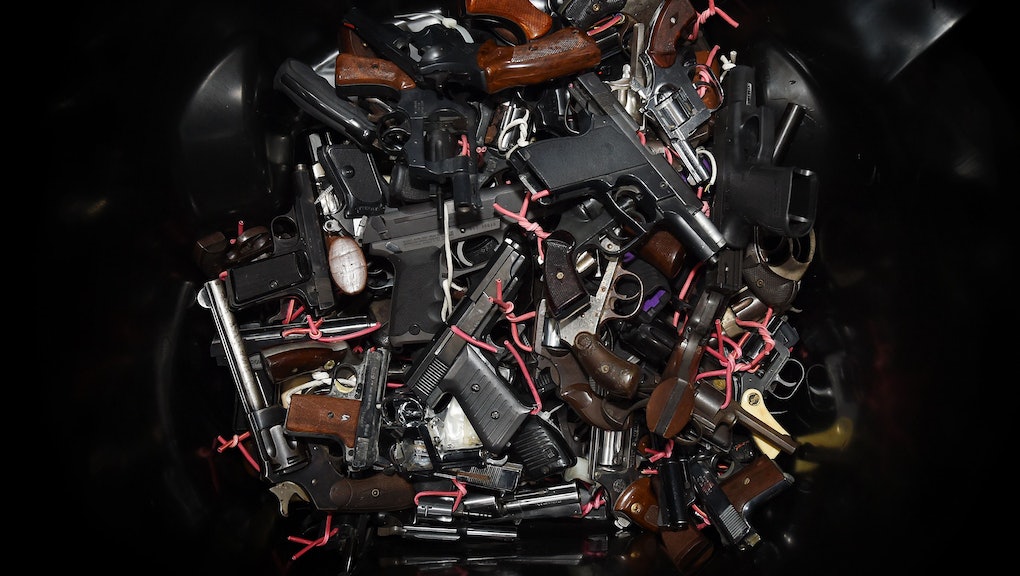 Richmond, California, Is Paying Suspected Criminals to not Kill People — And It's Working

Richmond, California, used to have one of the highest homicide rates in the United States, with 47 murders among its 106,000 residents in 2007. To put that in perspective, the national average that year was more than eight times lower. Just two years prior, the Richmond City Council considered declaring "a state of emergency" to help quell the violence.

However, one man's innovative and unusual program changed all that.

Instead of bringing in more law enforcement, DeVone Boggan created a program, launched in 2007, for the city of Richmond, whereby the most dangerous residents — or those most suspected of murder — get, among other forms of support, paid a stipend for putting their guns down, Mother Jones reported.

Read more: George Zimmerman Tried to Auction Off the Gun He Used to Kill Trayvon Martin

"If you paid attention to media reports and the frequency of media reports about gun violence in Richmond, you would have believed that you were in Beirut," Boggan, who used to be the director of Richmond's Office of Neighborhood Safety, told NPR.

He set up the Peacekeeper Program. The most high-profile individuals suspected of criminal activity in the community are paired with mentors who are, themselves, former criminals and, if they maintain good behavior, can earn a monthly stipend as much as $1,000.

Aside from the stipend, the young fellows are offered a range of other support, from assistance with job placement to social services to financing travel.

"In addition to the public safety concerns that these individuals pose, they are among the most expensive population to serve with respects to the costs of policing, incarceration, hospitalization and social services," the city's program pamphlet says.

Given that high-risk, suspected criminals are such a drain on public funds, redirecting some of those resources into the Peacekeeper Program seems to have been a worthwhile investment. The murder rate in Richmond is half of what it was before the program started. In fact, the city's homicide rate has not been this low in more than three decades.

The success of this radical program may well open the door for other cities to adopt similar practices. As a spree, in recent years, of racially motivated police brutality has eroded trust between civilians and law enforcement in low-income, minority neighborhoods, the Peacekeeper Program might be the remedy.