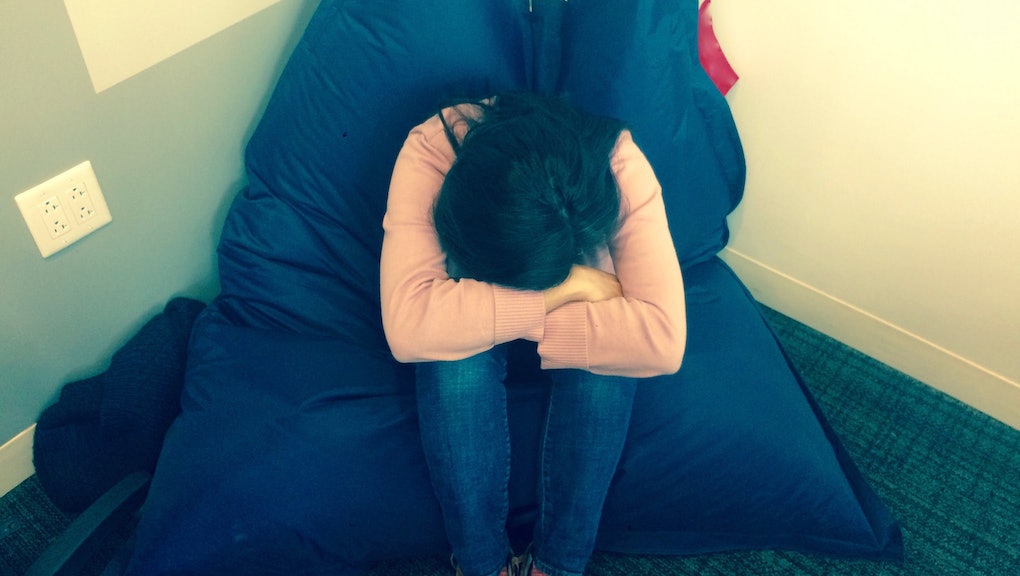 12 Tweets, Memes and GIFs That Perfectly Nail What Social Anxiety Is Really Like

An estimated 15 million people suffer from social anxiety in the United States, a condition which produces sometimes-crippling anxiety about social situations, to the point that it can dissuade people from socializing.

"Social anxiety is the fear of interaction with other people that brings on self-consciousness, feelings of being negatively judged and evaluated, and, as a result, leads to avoidance," the Social Anxiety Institute explains. "[It] is the fear of being judged and evaluated negatively by other people, leading to feelings of inadequacy, inferiority, embarrassment, humiliation and depression."

It's the third most prevalent disorder — and even if when it's not severe enough to warrant a diagnosis, 90% of people report having felt anxious or overwhelmed by socializing, so it's a sensation with which most people are familiar.

The following GIFs, memes and tweets perfectly capture that feeling:

Imgur got a little too real, calling this: "When I'm at the club with social anxiety."

Another post on Imgur notes that not everyone with social anxiety will appear withdrawn. On the contrary, someone who is anxious might come off as "relentlessly outgoing" to "mask any perceived imperfection."

And, of course, the GIFs, which capture it perfectly with no words at all:

To counter that traumatic representation of the emotional distress socializing can cause people with the disorder, we leave you on a note of optimism:

At least you know you're not alone.